If you notice odd growths on your corn plants, it may be corn smut. What is corn smut? It’s a fungal disease that affects all types of corn, including sweet corn, popcorn, and field corn. Although not economically significant for other types of corn, it renders sweet corn visually unappealing for fresh sales and difficult to freeze or can. 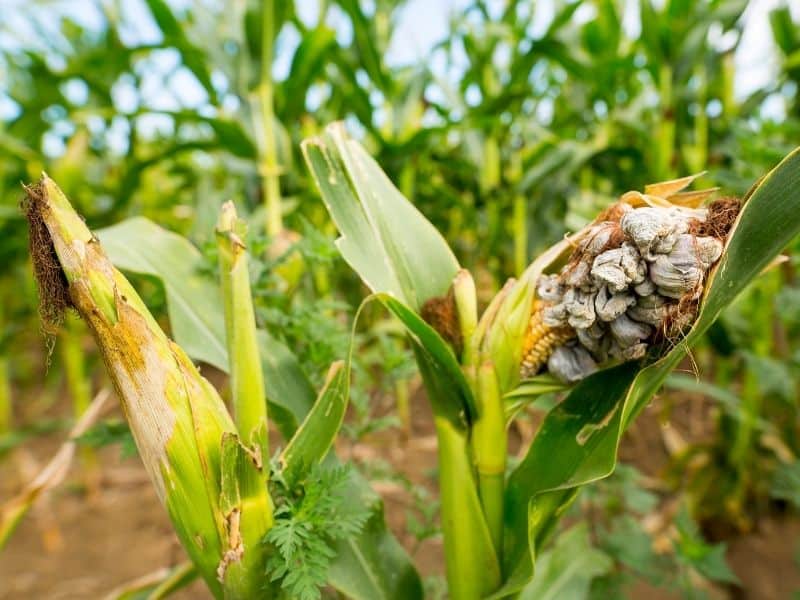 What Is Corn Smut? A Guide To Dealing With Corn Fungus

Corn smut is caused by the fungus Ustilago maydis, which spreads via wind, splashing water (from rain or irrigation), or even the application of manure from animals that ate infected corn.

The spores of U. maydis can survive for several years in soil and corn debris, and they typically infect corn by attacking the silks. However, they can also enter through wounds caused by insect damage, hail, or hand tools (or, on a larger scale, machinery).

Warm weather (from 79 to 93 degrees Fahrenheit) and moderate rainfall provide favorable conditions for corn smut. A lack or excess of nitrogen can also increase corn plants’ susceptibility to the fungus.

Corn smut is characterized by tumor-like swellings, or smut galls, on any above-ground part of the plant:

These galls can appear at any time during the growing season. Typically, the silvery-white or green growths are smooth and fleshy and grow as large as four to five inches in diameter. However, they can sometimes be small and hard, especially those on leaves or tassels.

As they mature, the mushroom-like galls become brittle and papery, and their fleshy insides turn black and powdery. The galls eventually burst, releasing the powdery spores into the air.

How to prevent corn smut

Several different measures can be taken to prevent corn smut.

First, when the growing season ends in the fall, carefully remove all corn debris so any spores don’t overwinter in it.

Because spores can also survive in the soil, practice crop rotation: never plant corn in the same place two years in a row. If possible, wait three years before planting corn in a bed it has grown in before.

Conduct a soil test to check nitrogen and other nutrient levels, and add compost or other fertilizer as necessary to achieve a proper balance.

When weeding and performing other tasks around the corn plants, be careful not to injure the plants and thus provide entry points for the fungus spores.

Finally, if you have problems with corn smut, try planting resistant varieties. No type is completely immune to the corn fungus, but some are less susceptible than others. Choose White Sugary Enhancer varieties of sweet corn, such as: 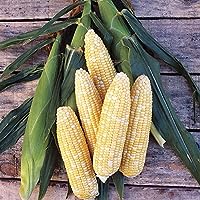 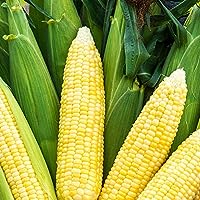 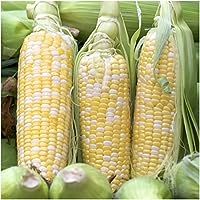 How to get rid of corn smut

If your corn crop has already been infected with the fungus, you likely want to know how to treat corn smut.

Unfortunately, there is no fungicide or other treatment available for corn smut, so the best way to get rid of it is to remove it. Cut the smut galls off the plants as soon as possible, before they mature and release spores. Burn or bury the galls away from the garden to prevent spread.

If you catch it early enough, you may be able to save your corn crop from excessive damage. Regardless, it’s important to also take the preventative measures detailed above to reduce the likelihood of having corn smut on your plants in the following years.

Want to learn more about corn smut? Here are the answers to a few commonly asked questions about the fungus.

Corn smut causes swellings called galls that can appear on any above-ground part of infected corn plants. In the early stages, these smut galls are typically four to five inches wide, silvery-white to green, and smooth and fleshy. Some, however, remain small and hard. As the galls mature, they become brittle and papery and release powdery black spores.

Mature corn plants are not usually lethally affected by corn smut, but the galls render corn ears unattractive and unsuitable for freezing or canning. However, a severe infection in young plants shorter than one foot can kill the plants or stunt their growth.

How do I avoid problems with common corn smut in the future?

As noted in the article above, preventative measures include removing corn debris at the end of the growing season, practicing crop rotation, ensuring proper nutrient levels, being careful to not injure corn plants, and planting resistant varieties.

Yes! In fact, corn smut is considered a delicacy in Mexico. Known as huitlacoche or Mexican truffle, this food dates back to the Aztecs. Huitlacoche has a smooth, velvety texture and a sweet, earthy flavor reminiscent of mushrooms and corn.

It is simmered slowly and added to succotash, omelets, tacos, and tamales, among other dishes. Of course, the fungus must be harvested for consumption while still soft and fleshy, about two to three weeks after the corn becomes infected.

Related: How to cook corn on the cob

Can I still eat the corn after removing the gall?

After the gall is removed, whether for disposal or consumption, the remaining ear of corn is still edible: there just won’t be many kernels left on the cob, and the ear won’t be very pretty.

Does corn smut affect the nutritional value of the corn?

In short, if your corn crop becomes infected by corn smut, your best bet is to remove the galls as soon as possible. Whether you dispose of the galls or stuff them in an omelet is up to you!

Although there is no treatment available, corn smut is not typically fatal to the plants, and you can take plenty of prevention measures to keep the fungus from returning and infecting future crops.