How to Get Rid of Voles in the Garden

Few pests annoy me more than voles. They suck down seedlings overnight, leaving no evidence that a plant had stood there unless you count the two-inch hole in the soil. Or they just devour the roots, so that I pull up a carrot top to find nothing attached or walk through the garden to see wilted plants sticking out of otherwise empty holes.

If you, too, have ever shouted in frustration after stepping on a soft tunnel in the garden, journey with me to learn how to get rid of voles in the garden and keep your plants from disappearing.

How to Get Rid of Voles in the Garden

A quick search online or a trip to the garden center will reveal a range of methods for getting rid of voles. But which ones actually work, and which are simply a waste of time and money? First, make sure you’re targeting the right pest.

How to identify voles

These small, pudgy, ground-dwelling rodents are actually rather cute. Averaging five to seven inches long, voles have brown fur that ranges from grayish to chestnut that almost hides their small ears. They also have rounded, blunt snouts and short tails.

Although commonly called meadow mice or field mice, voles are not mice at all, though they look similar. The tail is the most obvious distinguisher, as mice have significantly longer tails. Voles are also often confused with moles and shrews. However, moles have distinct, large front feet, small eyes, and no external ears. Tiny shrews have long, pointed snouts, and their eyes and ears are almost hidden in their fur.

Meadow voles often tunnel near the surface of the soil, creating a system of raised tunnels that leave the ground looking bumpy and feeling squishy. They occasionally use underground tunnels, as do woodland voles, leaving the one-and-a-half- to two-inch entrances as the only clues to their presence.

Voles will eat roots or even entire small plants (typically seedlings), as well as tree bark. Wilted plants with no roots and missing plants replaced by a tunnel entrance indicate vole activity in the garden.

How to control voles

Does your garden have a maze of squishy tunnels and small holes where plants should be? Here are a few ways to discourage the culprits.

Tall grass and weeds provide cover for small critters like voles, so try to keep your garden well weeded and your lawn mowed to under six inches. If your trees are affected by voles, establish vegetation-free zones that reach at least two feet from each trunk, and keep the area clear of prunings, leaves, and other decaying plant matter.

Gardeners have reported varying amounts of success using different repellents, so if one type doesn’t work for you, another one might. Spray repellents include castor oil, capsaicin (including hot sauce), thiram, and predator urine. A benefit of castor oil is that it works by soaking into the ground and only needs to be reapplied every few months, whereas foliar sprays must be reapplied frequently.

For the health of your household as well as the environment, always choose OMRI-certified organic products whenever possible.

I have had minimal success with the sound-emitting spikes you so often see in garden centers and hardware stores. They seem to work best in small areas and in combination with other methods — I have not seen any vole activity in the four- by-20-foot bed that I currently have a spike in, but there are definitely voles in other parts of my garden.

This spring, I also planted mole plants (Euphorbia lathyris), or caper spurge, around the perimeter of my garden and have seen reduced activity in the areas closest to the plants. Note that mole plants are highly toxic, so I do not recommend planting them if you have young children or curious pets. Other potentially vole-repelling plants include daffodils and marigolds.

If you prefer a physical barrier, try putting up fencing and burying the bottom four to six inches to discourage tunneling. It should also reach at least 18 inches above the ground, or higher if you want to exclude rabbits and other critters as well. Since fencing can be expensive and burying it is labor-intensive, this method may work best with cylinders around young trees and shrubs.

Trapping is most effective in the fall and late winter. Set mouse traps baited with peanut butter, bits of apple, or rolled oats perpendicular to tunnel entrances. Cover each trap with a box or other container large enough for the trap to still operate, and check them every morning and evening.

Mouse-sized live traps can also be used. Release the voles at least a half-mile from the trap site and away from other homeowners who may not appreciate them in their yards and gardens. When live-trapping, always check with your local laws, as many areas prohibit the release of wildlife across property lines.

Many predators feed on voles, including bobcats, coyotes, foxes, hawks, owls, snakes, weasels, and even house cats. While predators likely won’t eliminate the voles in your yard, they can help keep the population in check, especially when other methods are also used. If you don’t have many large trees around your yard, consider installing a raptor perch and nest boxes.

Of course, if you don’t have a cat, you can also consider adopting one from your local humane society. Our local SPCA offers a reduced adoption fee for unsocialized barn cats. Keep in mind, though, that this option involves more than just pest control: you are adopting, if not a pet, a working animal that requires proper care.

What not to do

Note that I did not include poisons – or toxicants – in this list. That is because nontarget wildlife might eat the poison directly or consume it by eating a vole or other animal that has the poison in its system. Because so many predators feed on voles, this should be avoided. You also do not want children or pets to come into contact with the poison. So if none of the above control methods work for you, contact a local wildlife pest control expert for assistance.

If you find yourself shouting in frustration at seemingly invisible rodents in your garden, it may be time to learn how to get rid of voles in the garden and take action! 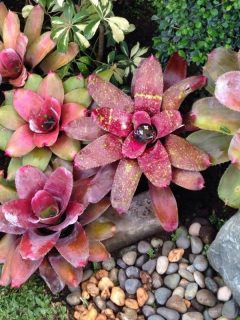