14 Dazzling Flowers that Start with D

Unique names abound in the botanical world, and some plants, as you likely know, even have multiple names. Scientific names help us keep them all straight, so each of the flowers below has its genus and species (where applicable) listed following the common name for clarity. For a glimpse into the fascinating – and often entertaining – realm of plant nomenclature, here are 14 dazzling flowers that start with D.

Annual Flowers That Start With D

Native to Texas and Mexico, this sunny yellow flower grows up to ten inches tall and blooms from about June until the first frost.

Dahlberg daisies are drought tolerant and prefer full sun and good drainage. Plant them as a ground cover, as an edging plant, in a rock garden, or even in hanging baskets or other containers. Under optimal growing conditions, they tend to self-seed.

Common names of this trumpet-shaped flower include:

The two ornamental varieties include D. inoxia, native from Central American up through the southwestern U.S., and D. metel, from southeast Asia.

After the showy blooms fade, spiked, round seed capsules develop and should be removed to prevent aggressive spreading. Datura prefers full sun and thrives in almost any type of soil.

These elegant flowers resemble Queen Ann’s lace, and while they are also called blue lace flowers, they come in pastel shades of pink, blue, and white. Didiscus flowers have stiff stems perfect for cutting and a mild, sweet fragrance.

Planted in full to part sun and well-draining soil, the plants will grow up to three feet tall and bloom for about two months. Successive sowing throughout the spring and summer will ensure continuous blooms.

Bright yellow, one-inch globes perched on three-foot stems make drumstick flowers an eye-catching addition to any flower garden. They can also be used as a long-lasting cut flower or in dried bouquets.

A perennial in its native Australia, New Zealand, and Tasmania, drumstick flower is grown as a half-hardy annual in the northern U.S. It thrives in full sun to partial shade.

Perennial Flowers that Start with D

These harbingers of spring bring a cheery burst of gold to the bleak winter landscape (more yellow spring flowers). Available in a variety of sizes and shades of yellow, daffodils fit well in almost any garden. They appreciate full sun but will tolerate a bit of shade.

Plant them in a neat border or cheerful clusters, or scatter the bulbs throughout a bed for more of a cottage feel.

Available in nearly every color, dahlias produce beautiful, showy blooms all summer long. While some varieties stay under three feet tall, others can grow quite large and may even need staking.

They can be grown in containers or in the ground, though in USDA zones 7 and colder, the tuberous roots will need to be brought inside during the winter. Full sun encourages more upright growth, though part shade is also tolerated.

These ephemeral yet easy-to-grow flowers are typically found in yellow or red but are also available in purple, orange, white, and pink.

Although tolerant of a variety of soil types, daylilies prefer well-draining soil with plenty of organic matter and full sun. Some varieties may wash out in full sun, however, and will benefit from some shade.

Also called larkspur, this wildflower is commonly known for having tall spires of blue blossoms, though it can also be found in a range of other colors. Delphiniums have attractive palm-shaped leaves that accentuate their summer blooms and grow as tall as six feet, depending on the variety.

Place in full sun and well-draining soil for the healthiest plants, and keep the soil consistently moist. Delphiniums do not tolerate drought or heat, so gardeners in areas warmer than zone 7 may need to treat them as an annual.

This native to the desert Southwest displays bright yellow flowers from early spring through midsummer.

With a somewhat floppy shape, desert marigold grows as tall as three feet. Given its natural habitat, it thrives in full sun and fast-draining soil. Desert marigolds are drought tolerant and require very little care, making them perfect for rock gardens and xeriscaping.

Dew flower blooms in mid-spring with spikes of purple, pink, or white flowers. Native to the plains and the southwestern U.S., it thrives in full sun and well-draining soil and is perfect for sunny borders, rock gardens, and wildflower gardens. It grows one to three feet tall and wide and has larger flowers than other plants in the Penstemon genus.

Also known as pinks, dianthus most often produces bright pink flowers with fringed petals, as if they had been trimmed with pinking shears. However, these fragrant flowers also come in other colors and range from creeping groundcovers to plants with three-foot stems perfect for cut flowers.

Plant these drought-tolerant beauties in full to part sun and well-draining soil.

Towers of bell-shaped blooms characterize this popular wildflower. Also called foxglove, digitalis comes in a range of colors, and some varieties grow as tall as eight feet.

Most are self-seeding biennials, though a few are true perennials. They do best in evenly moist, well-draining soils and full to part sun, with some perennial varieties preferring part shade.

There are actually three types of dittany, all belonging to different genera: European dittany, dittany of Crete, and American, or common, dittany. This last, Cunila origanoides, is a bushy plant in the mint family native to the dry woodlands and prairies of the eastern U.S. A small plant, it grows to just a foot high with short spires of lovely tubular flowers in shades of rose or white.

Technically a variety of bleeding heart, the aptly named Dutchman’s breeches displays unique white and yellow flowers shaped like upside-down breeches. It blooms in the spring and reaches less than a foot tall, going dormant by midsummer. A North American woodland native, it does well in shade gardens.

From drumstick flower to Dutchman’s breeches, there are a lot of unique names in this list! I hope you’ve discovered some new, fun flowers to add to your garden this year. 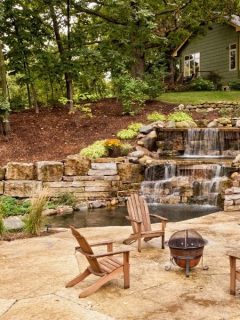 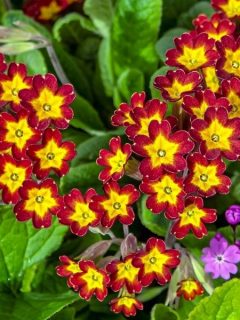