Grubs and pests are a major problem for anyone who takes pride in their garden. They can destroy flowers and vegetables and cause some major damage. There are ways, however, to reduce the chances of them causing you problems using natural ingredients. Today we’ll look at milky spore grub control as a natural remedy choice. 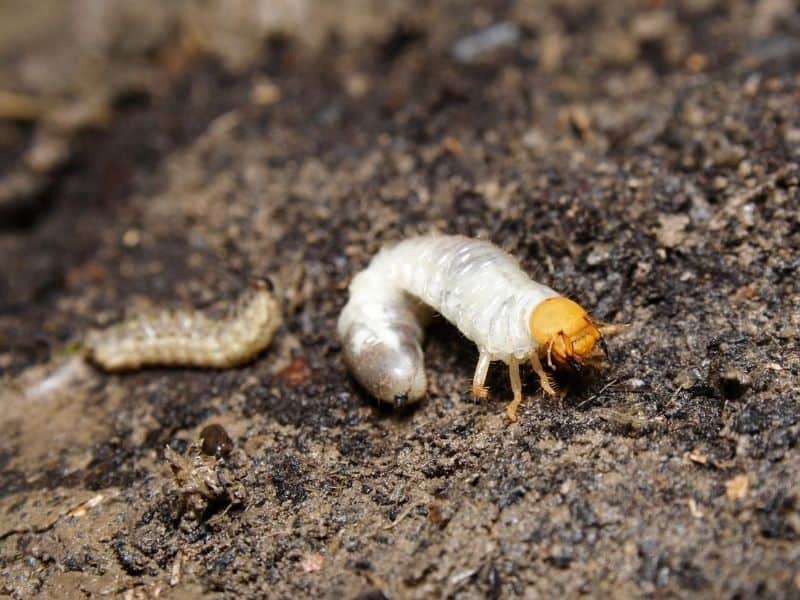 What does milky spore powder do?

So what are Milky Spores? To put it simply, Milky Spores will target your garden pests, particularly Japanese beetles, before the insects get big enough to cause problems and will eradicate them. The problem with Japanese beetles is that they will feed in large groups on any lush foliage, and while they don’t do much damage on their own they can wreak havoc in groups. 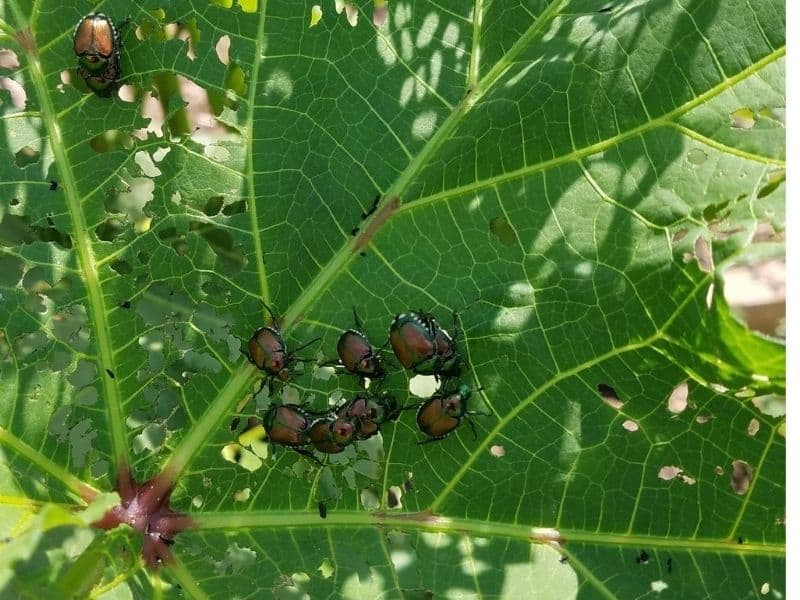 This product has been developed by the USDA and it is also approved by the US Environmental Protection Agency.

How does the milky spore powder work?

Essentially, you will need to spread the powder over the lawn where the grubs will ingest the spores. From there, the spores will multiply and then you will eventually be completely rid of the grub infestation in your garden.

Grubs will ingest the spores during their normal feeding patterns, and then the spores will multiply inside of the grub which is what will kill the grub. When the grub decomposes it will also then release even more spores which will then go on to kill other grubs.

It can kill the grubs in your garden within 7 to 21 days of the application while it’s still releasing even more spores. It’s also completely harmless to people, pets, wildlife, and water bodies.

When should I apply milky spore grub control to my garden?

It is best to apply Milky Spore Grub Control in the Summer and early Fall. That’s because you will need your soil in your garden to be above 65 degrees F when the grubs will be feeding.

The best time to apply the solution is when the grubs are feeding. Once they go into hibernation, the milky spore treatment is no longer effective. If possible, apply it just before it rains, or you can water in lightly after you apply it so it can properly soak into the soil.

It’s quite easy to find Milky Spore Grub Control online on websites such as Amazon. But you can also find it in a lot of garden centers if you would rather purchase the product in person. 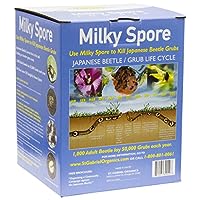 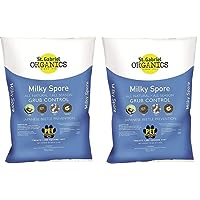 Homemade Pro Tip: You can make a homemade dispenser with a nail, 1lb coffee can, some duct tape, and a stick. Stay with us!

Use the nail to punch 15 holes into the coffee can. Then attach the can to the stick with the tape. The stick needs to be roughly 4 feet long – You’ll see why below. You now have a homemade dispenser.

Alternatively, you can buy a dispenser tube for it online.

If you don’t have a dispenser though, don’t worry. The correct way to apply Milky Spore is to place 5ml (which is about a teaspoon) every four feet. You should do this in a grid style so that every four feet from the first application is covered. You shouldn’t spray or spread the powder: instead, use a gentle spray from a hose to water it in. We recommend about 15 minutes of water. As soon as the area is dry, it’s safe to walk on. Usually, only one application is needed.

You will get gaps created naturally in between the application lines while the grubs eat the spores and they multiply inside of the host, which will kill them within 7-21 days. As we mentioned previously, once the pest is dead the spores it has ingested are then released back into the garden as the body goes through decomposition. The spores will then multiply by a couple of billion in a very short period of time, and it can even be effective up to 15 years so you don’t really need to apply the milky spore more than once.

If you’re looking for a more specific approach, try to apply the milky spore powder just around the base of any plants that have been infected. Then, water in the spore so that it breaks into the soil and slowly makes its way to where the juvenile grubs are eating the roots. Of course, the grubs will have to ingest the spore in order for it to work correctly.

What are the Pros and Cons of Milky Spore Grub Control to Deal With My Garden Pests?

If you’re still wondering whether you should opt for milky spores to control your grub problem, we’ve put together this handy pros and cons list to help you to make up your mind!

Milky spores have a number of different features that make it a very good choice for controlling Japanese beetles.

Other than using milky spores, you can apply beneficial nematodes when your soil temperature is below 45 degrees F, and ensure that the soil is moist in the following weeks.

Ensure that when the adults come out in June that you grab a bucket of soapy water in the dark, and knock off any beetles into a bucket of water and let them drown.

You can also plant any non-target species into the yard and garden.

There are a number of other natural grub control methods that you can use to get rid of grubs: give them a try.

What Do Japanese Beetles Eat And Ways To Fight Them