17 Magical Flowers That Start With M

Sometimes the beauty of nature seems too incredible to be, well, natural. From water droplets shimmering like tiny gems on verdant, waxy leaves to brilliantly hued petals, the sights of a garden can make you feel as if you’ve stepped through a portal. To help bring another dimension to your outdoor space, add a few of these magical flowers that start with M.

Annual Flowers that Start with M

It does not tolerate freezing temperatures, so those in colder regions will need to replant the vine each spring or bring it inside to overwinter.

Mandevilla appreciates full sun and fertile soil, and the big, abundant blooms will benefit from the occasional dose of fertilizer.

It flowers best in spring and fall but will continue blooming above its attractive ferny foliage through the summer in milder regions. Marguerite daisy prefers full to part sun and can be grown in containers as well as directly in the ground.

Also called four o’clock, these fragrant, tubular flowers bloom in the late afternoon and close again with the arrival of morning.

The blossoms come in a range of colors, with different hues sometimes appearing on a single plant. This popular cottage garden plant readily reseeds itself and thrives in moist, well-draining soil and full sun.

Surprisingly tall for an annual, Mexican sunflower can grow up to six feet in a single growing season. The sunny blossoms feature orange petals around a cheerful yellow center and bloom continuously throughout the summer.

Although not a true sunflower, Mexican sunflower can still have a place in your vegetable garden to attract pollinators and other beneficial insects.

This vigorous, low-growing plant produces a multitude of upright, bell-shaped blooms throughout the growing season. It quickly spreads to fill in containers, cascade over hanging baskets, soften harsh borders, and cover old blossoms. A delightfully low-maintenance annual, million bells will grow happily in a sunny location. If it starts looking a little yellow, it just needs a bit of fertilizer to fuel its growth.

This night-blooming plant produces lovely, white, trumpet-shaped blossoms in the summer, and its attractive gray-green foliage adds interest during the day.

Plant moonflower in a sunny location, and once established, it will require very little care. Do collect the hard, thorny seed pods before they burst, though, to prevent aggressive spread. You can save them to plant next year!

Although belonging to a different genus than moonflower (Datura sp.), moonflower vine also unfurls white, trumpet-shaped flowers at night. The large, six-inch blooms also release a sweet fragrance, making this an excellent vine to plant near a porch or patio.

Moonflower vine prefers sun and will grow as a perennial in tropical regions.

Decorate an arbor or disguise an unsightly fence with this fast-growing flowering vine. Elegant, trumpet-shaped blossoms bloom through summer and into fall in pink, red, orange, purple, blue, or white.

Plant morning glory in a location that receives at least eight hours of sunlight each day. Regular watering will prevent the leaves from wilting, but established plants are somewhat drought tolerant.

Note that some self-sowing varieties can become weedy, so choose carefully when selecting plants and take care to deadhead promptly.

This hardy groundcover features attractive needlelike foliage as well as beautiful ruffled blossoms that bloom nonstop throughout the summer and into fall.

Perennial Flowers that Start with M

An elegant relative of hollyhock, mallow produces tall stems covered in small pink flowers, often with distinctly veined petals for an attractive two-toned appearance. It will bloom continuously all summer with a bit of deadheading.

Though a short-lived perennial (sometimes a biennial or annual), mallow commonly reseeds itself, making it the perfect addition to a cottage garden. Take care, though that it doesn’t escape its bounds.

Mallow should be planted in rich, moist, well-draining soil and full sun.

The pale, pinkish flowers of marsh mallow (or marshmallow) bloom on thick stalks reaching up to six feet tall. Though native to marshy areas of eastern Europe and northern Africa, it has naturalized in North America.

Also called cowslip, this cheery member of the buttercup family produces golden yellow blooms in the spring that attract butterflies and hummingbirds.

Native to North American swamps, marshes, wet meadows, and stream margins, the aptly named marsh marigold thrives in consistently moist to downright boggy conditions and full to part sun; in hot summers, it benefits from a bit of afternoon shade.

Native to woodlands of North America, mayapple is a wonderful addition to any shade garden. Its umbrella-like leaves stand 12 to 18 inches above the ground, and in April or May, small, pale flowers bloom under the foliage and attract bees.

It does go dormant in the heat of summer, though more shade will help it stay around a bit longer. Plant mayapple in rich, moist soil in a shady location.

With many species of meadow rue, the size varies from low-growing groundcovers to lofty five-foot plants. Meadow rue thrives in partial shade but will tolerate full sun if planted in rich, moist soil.

Also called common yarrow, this European wildflower has naturalized in the U.S. and makes a wonderful addition to wildflower plots, meadows, and cutting gardens.

The tiny clusters of flowers are typically white but can also be found in a range of other hues, all of which attract an abundance of butterflies. Before the flowers bloom in mid-to-late summer, the soft, fernlike foliage offers a beauty of its own.

Plant milfoil in full sun in average, well-draining soil; it will tolerate a bit of shade and dry soil. Milfoil can spread aggressively, so keep it well contained or plant where it can have free rein.

Milkwort only grows to about four to 10 inches high, but it blooms mid-spring through summer. Being a small plant, milkwort thrives in partial to full shade and well-draining soil.

Tall spires of purple flowers rise above monkshood’s attractive, almost fernlike foliage. Occasionally also available in white, pink, or yellow, the unique flowers look like, you guessed it, the hoods worn by monks.

Wear gloves and take care when handling monkshood, as all parts of the plant, especially the roots and seeds, are extremely toxic. Monkshood requires rich, consistently moist yet well-draining soil and performs best in full sun, though it will tolerate some shade.

I hope you enjoyed perusing this spectacular collection of magical flowers that start with M! 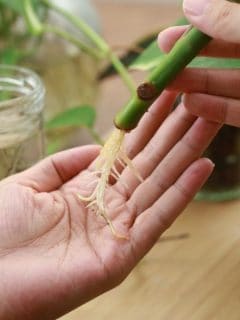 Previous
How To Propagate Plants From Cuttings - Easy & Rewarding! 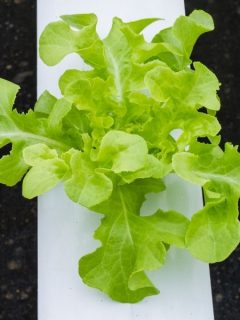