What’s that smell? If you catch a whiff of something putrid in the garden and notice some funky fungi growing up out of the mulch, you might have stinkhorn mushrooms. But although they look weird and smell terrible, stinkhorn mushrooms might not be bad to have around. 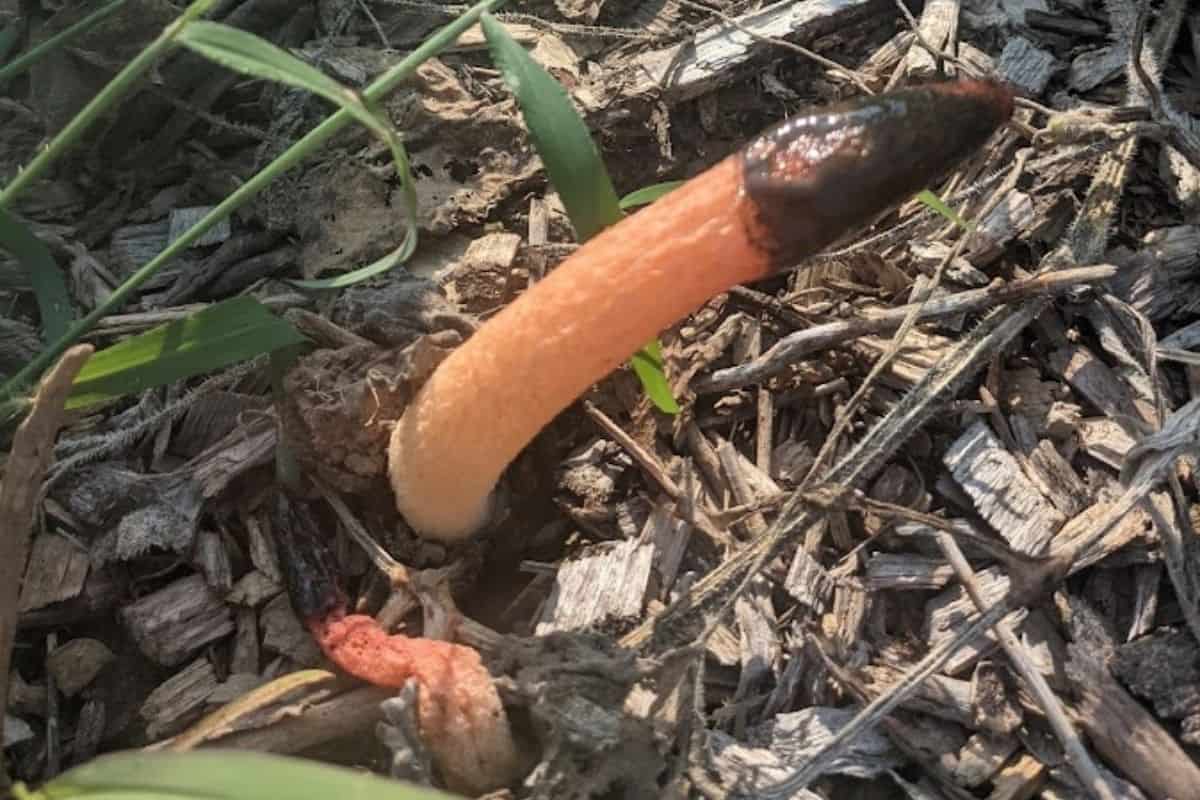 What Is a Stinkhorn Mushroom?

Stinkhorn mushrooms range from the tropics to temperate regions, often popping up suddenly in bare soil, lawns, and wood mulch. True to their name, they have an unpleasant odor reminiscent of dung or carrion. This smell attracts flies, beetles, and other insects that eat and distribute stinkhorn spores, much like bees pollinate flowers. 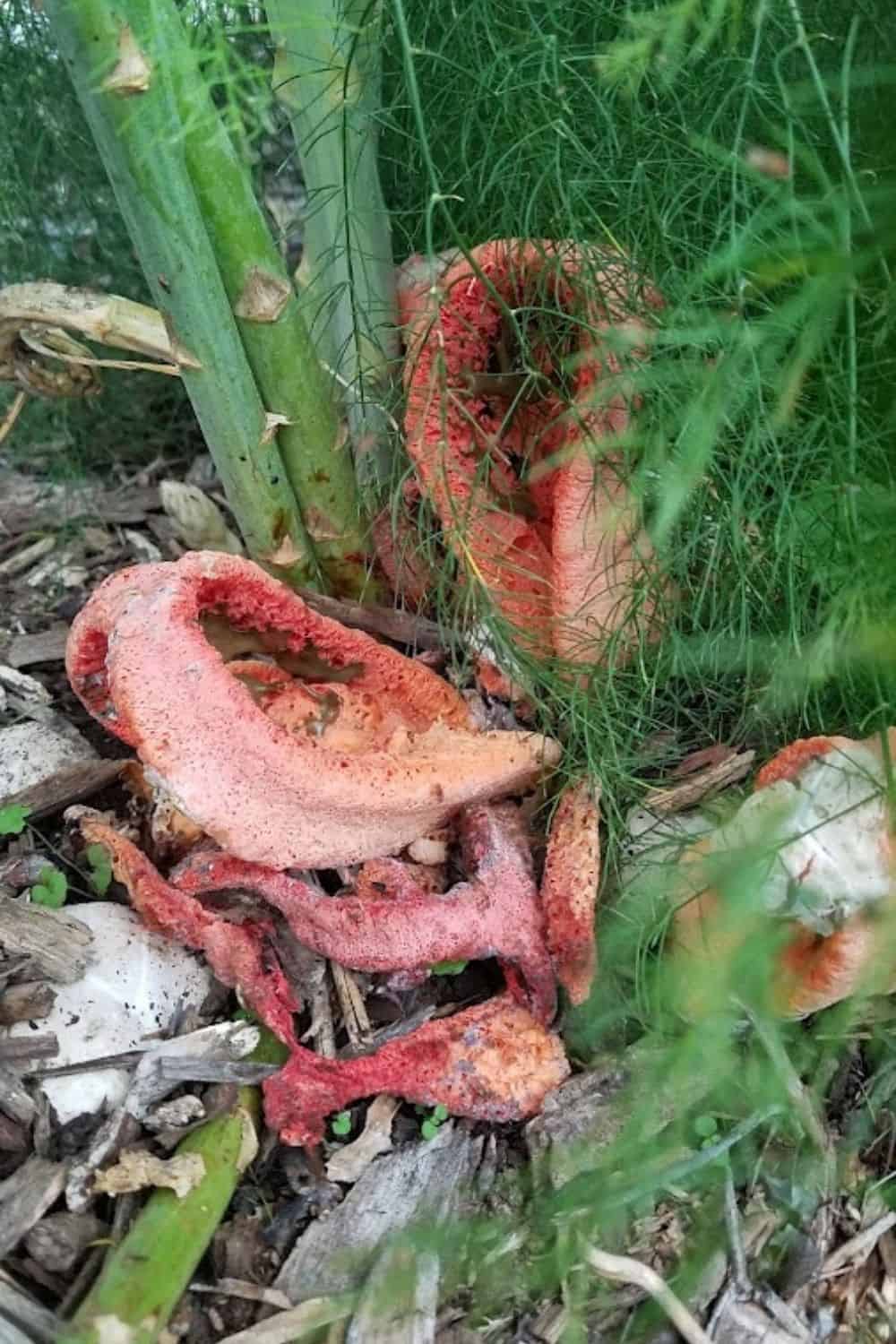 Stinkhorns vary in shape and color but are known for their hornlike or even phallic appearance. This distinct shape has earned them the family name Phallaceae, and one genus of stinkhorns has been fittingly dubbed Phallus. Some unique species grow multiple octopus-like appendages, while others feature a lacey veil or skirt flowing from beneath the cap.

Colors range from a shockingly bright orange or red to white or beige, and an olive-green, spore-filled slime often coats the tips of mature, fruiting stinkhorns.

Stinkhorn mushrooms begin as microscopic hyphae, or fungal threads, which can be introduced to your garden via mulch or soil. The first visible form is that of small, round, white to purple “eggs” that you might find in masses while digging in the soil.

From this immature stage, stinkhorn mushrooms grow rapidly, sometimes as much as six inches per hour.

Despite their awful stench and sometimes alarming appearance, stinkhorn mushrooms neither harm plants nor cause plant disease. In fact, as is the case with many mushrooms, stinkhorns are actually beneficial to the garden. They grow on dead organic material like wood mulch and help break it down into nutrients, thus improving soil fertility and providing accessible nutrients to plants that grow nearby.

If you can learn to appreciate their unique form and tolerate their odor, you might begin to welcome the brief presence of stinkhorn mushrooms in your garden.

There are many species of stinkhorn mushrooms, but most are not poisonous to humans.

Actually, some people enjoy eating them: Phallus impudicus (common stinkhorn) is said to taste like hazelnuts in its immature stage, and Chinese cooks consider  P. indusiatus a delicacy.

Of course, please do not eat any mushrooms without careful, correct identification. 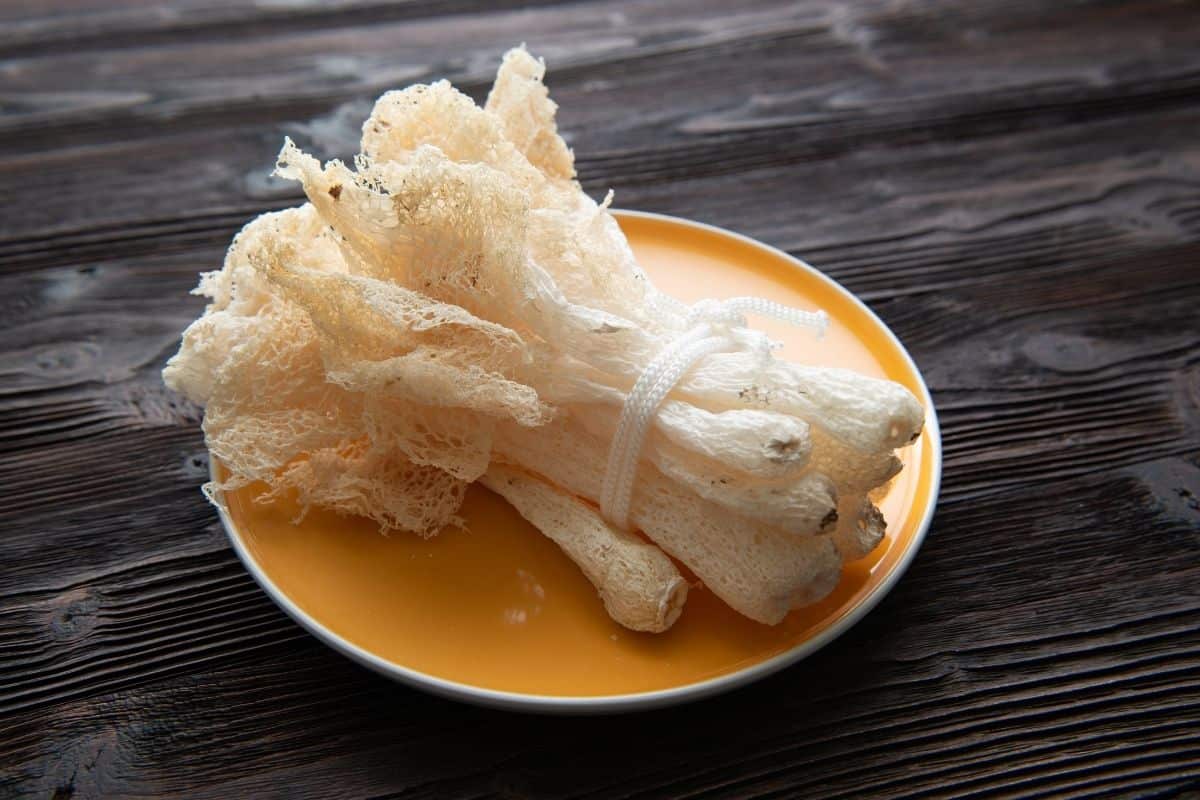 Fun fact: you can get a Common Stinkhorn Phallus Impudicus Mushroom Journal from Amazon.

How do I get rid of stinkhorn mushrooms?

The best way to get rid of stinkhorn mushrooms might be to just wait for them to disappear. These ephemeral mushrooms may make quite a statement, but they don’t last long, sometimes fruiting for only 12 hours. Plus, as previously mentioned, they’re beneficial. Rather than eradication (which is actually almost impossible), I highly recommend tolerance.

If you absolutely can’t stand them, you can remove stinkhorn mushrooms as soon as they appear. Dig around where you notice the fruiting bodies and pull out any eggs you find as well. Mark the spot so you can come back later and dig up additional eggs before they mature and form spores, as stinkhorns sometimes come back several times a year. Note that the eggs and especially the fruiting bodies should be thrown in the garbage rather than composted so the spores don’t spread.

Raking the mulch or soil where stinkhorns grow can disturb the underground fungal masses and reduce future fruiting. You can also remove rotting stumps, dead roots, sawdust, and hardwood mulch – which can be replaced with straw, chopped leaves, pine needles, or stone – to discourage stinkhorn growth. But that seems like a lot of work for a beneficial mushroom that doesn’t stick around very long!

I should also note here that sprays and other chemicals have not been found to be effective against stinkhorn mushrooms. It may be tempting to run to the hardware or garden supply store for a bottle of fungicide, but it won’t do you any good. In fact, introducing chemicals into the garden can cause quite a bit of harm.

Whether you welcome, tolerate, or even still abhor stinkhorn mushrooms, I hope you have at least developed an appreciation for their role in nutrient cycling. They may look funky and smell even funkier, but stinkhorns are friendly fungi in the garden. 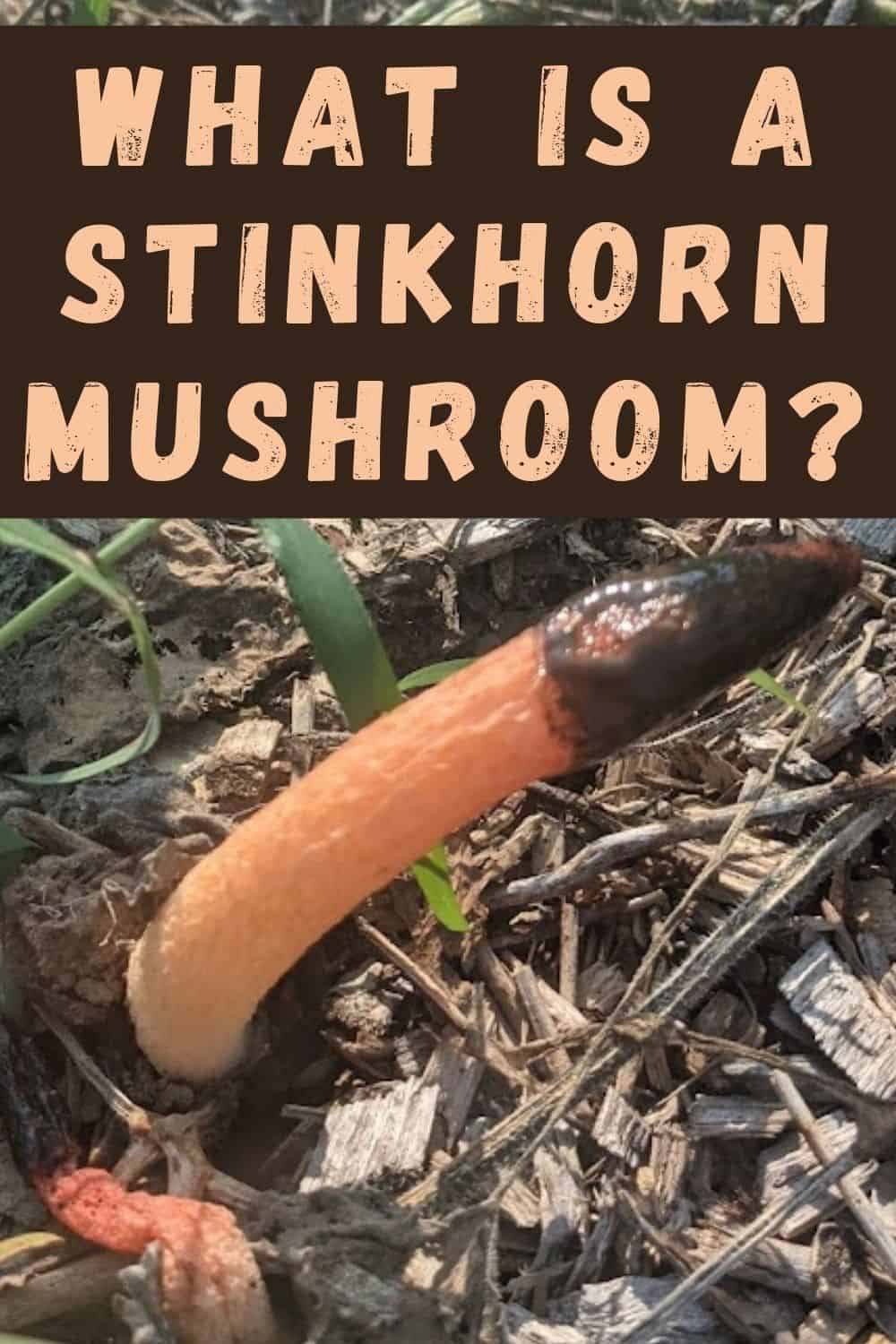