There are so many variations of leafy-like options when it comes to food, which is why it is sometimes hard to tell what constitutes being a vegetable and what does not. Spinach is a staple plant that goes in various dishes, but the question remains is spinach a vegetable?

Spinach is a leafy green vegetable that flowers, so one may confuse it for not being a vegetable. It is part of the Amaranthaceae family and is related to Swiss chard and beets. It can be eaten either raw or cooked, but the taste is distinctly different. The taste is also different fresh or after storage. 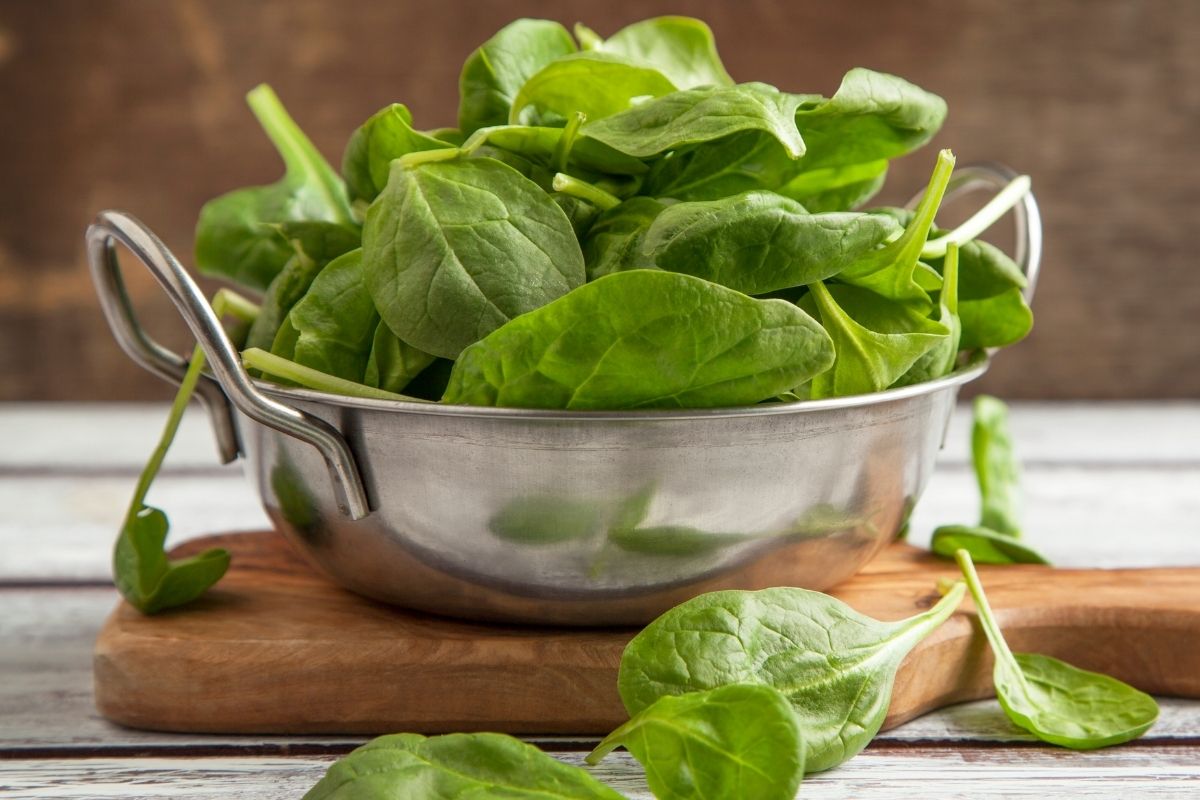 Spinach, or if you want to sound fancy, Spinacia oleracea, is a leafy green vegetable from central and western Asia, particularly Persia. The plant is incredibly healthy as it offers a range of nutrients, minerals, and antioxidants. It’s also a great source of nutrients for bone health.

The Classification And Origin Of Spinach 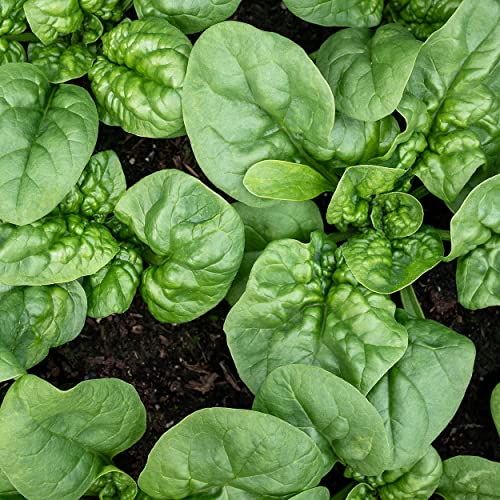 Before we can understand what spinach is, we need to look at how vegetables are classified. A vegetable is considered to be the edible component of a soft-stemmed plant. This may include the roots, stalk, and leaves (as is the case for spinach).

Spinach is a leafy, generally dark-green vegetable originally from Persia and the English name dates back to the late 14th century. The plant grows in a rosette which is usually between eight and ten inches across. The leaves can be flat, or they may be curly.

This leafy vegetable which came from Persia (modern-day Iran), was first known as aspanakh. It was sent to China in the 7th century by the king of Nepal, and it finally reached Europe in the 11th century. It first reached Spain and was called “the Spanish vegetable” by those in England.

Spinach reached England and France in the 14th century, and it made its way there from Spain. It rapidly grew in popularity because it was one type of vegetable (during this time in history) that actually grew during the spring when other vegetables did not.

It was only by the early 19th century that North Americans started cultivating spinach. In the 20th century, the cartoon character Popeye was the vehicle for popularizing the vegetable. When the character made his debut back in 1929, spinach was listed as the third most popular food for children. It sat behind only ice cream and turkey. 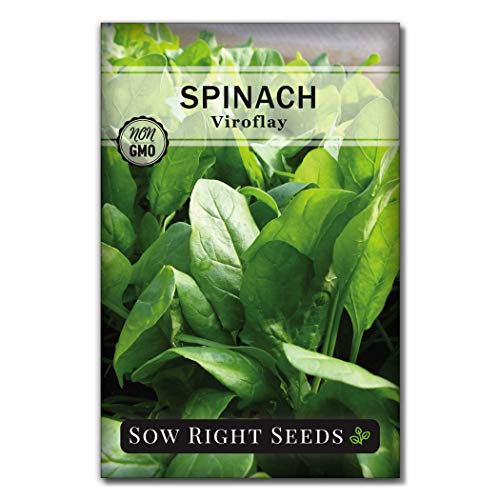 In 2018, the global production of spinach sat at 26.3 million tons, and interestingly enough, China was recorded as having grown 90% of that amount.

Spinach can grow in various parts of the world, and fresh spinach is typically available all year round (you can grow spinach in one of these lettuce rafts). In the United States, the major suppliers are found in California and Texas, and it is usually grown as a winter crop.

Spinach seeds come from a tiny fruit that grows on the plant, and the fruit, in turn, comes from even smaller flowers.

If you hope to grow your own spinach, it is advisable to plant the seeds directly into the garden, usually a month before the final spring frost. To aid in the germination process, one should soak the seeds in water several hours before planting them. The best type of soil to grow spinach in will have a pH level close to neutral, so around 6.5 to 7.5.

Spinach is grown during cooler seasons, and the plant will flower when temperatures are warm. Most spinach varieties mature between 37 and 45 days, and it is ideal to harvest them when the plant has a rosette of at least five or six leaves.

Fresh spinach is usually sold loose, in a bunch, or packaged in bags. The unfortunate thing about fresh spinach is that it loses most of its nutritional value when stored for more than a few days. This is why it is often canned, cooked, and then frozen, or blanched.

This type of spinach, as the name suggests, is free of wrinkles, and its leaves usually have a spade-like shape. It is commonly canned or frozen and used for soups, baby foods, and various processed food items. It has a milder taste than Savoy spinach.

This type of spinach has dark-green leaves that are typically crinkled and curly. Although the texture of this spinach is different from flat or smooth leaf spinach, it has an equally satisfying taste. You are more likely to find this spinach sold fresh at markets or your local grocer.

This type of spinach has slightly curly leaves, but not to the same extent as the Savoy. What makes this type somewhat more popular than the Savoy is its ease of cleaning. You will find this sold fresh, usually, but it is also used in certain processed foods.

Why Should We Eat Spinach? 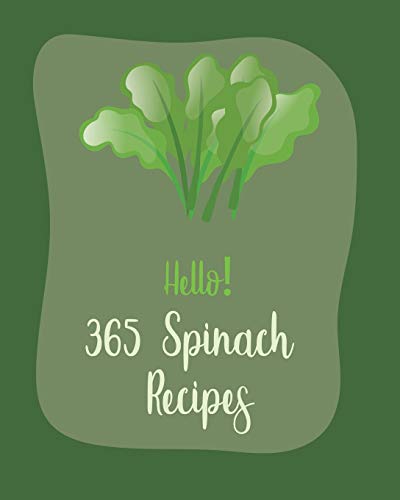 This low-growing annual, which has to be replanted every year, can be eaten either fresh or cooked. Eaten raw, it tends to have a milder flavor and is somewhat crisp, where cooked it holds a distinct smell and has a generally mushy texture. The vegetable comes either canned or fresh and can be added to an array of dishes.

It is no secret that spinach is good for you as it contains rich amounts of vitamin C, vitamin K, vitamin A, vitamin E, vitamin B6, potassium, magnesium, calcium, and iron. Unfortunately, although it has a higher quantity of iron, it also contains oxalate, which prevents organisms from properly absorbing the iron in the plant.

This is not to say that you will not receive high amounts of iron from the plant, but just that it is not as effective as it could be. Iron is essential because it helps red blood cells carry oxygen to the various parts of the body, without which one could become anemic.

Ways To Incorporate Spinach Into Your Diet

Spinach is a vegetable that goes well with almost anything you can think of, and its health benefits are a great reason to add more to your diet.

You can enjoy raw spinach as part of a salad or sandwich, or even just eat it as it is. You could also use cooked spinach in omelets or casseroles, and more, as described below:

There are many great ways to use the spinach leaves in your kitchen and in your meals and so many benefits to doing so. For example, it helps you have healthy skin and lowers your risk of heart disease. If that’s not reason enough to try this yummy veggie, then you can also add in improved eye health, and lower blood pressure.

Spinach is an excellent source of many nutritional benefits so it just makes sense to give it a try today.

Is Spinach A Vegetable? – Conclusion

So the scores are in, and we have discovered that spinach is, in fact, a vegetable. It is also one of those that offer you a variety of ways to use it. It’s such a versatile veggie, that you are sure to find ways to work it into your diet with ease. Like many other vegetables, spinach has an interesting past, and we sometimes take such things for granted.

Undoubtedly, this vegetable that has been around for centuries is still just as beneficial to our health needs today. So be sure to look at some recipes that will help you incorporate this into your diet and maybe even consider trying your hand at growing some in your garden!