16 Wonderful Flowers That Start With W

Looking to add wow, whimsy, or wonder to your garden? You’ve come to the right place! Browse through this list of wonderful flowers that start with W, and you just might find a few spectacular plants that you’ve never heard of before.

Annual Flowers that Start with W

Named for the shape formed by its stamens, wishbone flower blooms in combinations of bright, cheerful colors that also earn it the name clown flower. With both upright and trailing varieties, it works beautifully both in the ground and in containers, especially hanging baskets and window boxes. This long-blooming plant flowers from spring into fall.

Wishbone flower prefers consistently moist, well-draining soil with plenty of organic matter and part shade, though it will tolerate full sun with plenty of moisture.

As suggested by its name, wood sorrel is often a woodland plant, thriving in well-draining soil and part shade, though growing requirements will vary by species.

Perennial Flowers that Start with W

Like pansies, the cool-season, four-petaled wallflower comes in nearly every color for a bright, striking display. Wallflowers often grow between the stones or bricks of walls, earning them their name, and thus they grow well in rock gardens, raised beds, containers, and borders. Though a short-lived perennial or biennial, the wallflower is often grown as an annual.

Wallflower grows best in dry to medium, well-draining soil, and full sun, with some afternoon shade where summers get hot.

Native to southeastern US woodlands, wand flower has shiny, heart-shaped evergreen foliage that often bronzes in the fall and makes a lovely ground cover in shade gardens. A narrow, eight- to 15-inch cluster of small white flowers rises like a wand in late spring or early summer.

A classic water plant, water lily provides beauty as well as a host of other benefits to the pond it grows in. Its large leaves shade and cool the water, preventing the growth of heat-loving algae and providing shelter for fish from birds and other predators. Available in both soft pastels and bright jewel tones, the showy flowers bloom during the day in summer and close up at night.

Water lilies should be planted in containers to prevent them from becoming too large and spreading aggressively. They thrive in heavy clay-loam soil.

Although often grown as a houseplant, wax flower can be planted outdoors in USDA zones 10 and warmer or in a pot that can be brought inside during the winter in cooler climates. This tropical plant is named for its clusters of small, waxy, white to red flowers that bloom in the summer amid thick, waxy evergreen leaves.

Wax flower should be planted in loose, rich, well-draining soil. When grown in a pot, it actually prefers to be a bit root-bound.

An eastern North American native, white wood aster attracts butterflies with its mass of white, daisy-like flowers that age to pink over the late summer to fall blooming season. This bushy perennial grows one to three feet tall and is perfect for woodland gardens, shady borders, cottage gardens, and slopes.

A hardy plant, wine cups thrives in well-draining soil in full sun and will even grow well in dry, rocky conditions.

Appropriately-named winter aconite blooms so early that its sunny, buttercup-like blossoms can often be seen growing right out of the snow. It doesn’t appeal to rabbits, deer, or rodents, making it perfect for planting in borders, along pathways, and around trees in areas frequently visited by wildlife.

A European woodland native, winter aconite grows best in organically rich, moist, well-draining soil in full sun. Because it blooms and goes dormant before the trees leaf out, it will still receive plenty of sunlight when planted under deciduous trees.

True to its name, wintersweet blooms in mid-to-late winter and into early spring. This Chinese shrub grows up to 15 feet high and produces small, fragrant flowers with striking reddish inner tepals surrounded by delicate pale-yellow outer petals. Its shiny, dark green leaves appear after the flowers and turn yellow in the fall for almost year-round interest.

A classic woody vine, wisteria drips with purple, pink, or white flower clusters in spring. It does not tolerate transplanting well and takes many years to begin flowering, but your patience will be well rewarded.

Grow wisteria up fences, arbors, or pergolas, but never against a building, as it can damage siding and gutters. It can also be invasive, so check with your local extension office before planting it, and be prepared for annual spring pruning if you do. Learn more about growing wisteria.

Witch hazel, a large, unique shrub, typically blooms in the fall, when few other plants are producing flowers. Its small, golden blossoms feature ribbonlike petals and give off a spicy fragrance. Look for a variety native to North America, such as common witch hazel (H. virginiana) or vernal witch hazel (H. vernalis), which actually blooms in late winter or early spring.

In spring, wood anemone turns into a carpet of small, white, starry blossoms. Its ferny, low-growing foliage makes a lovely ground cover in woodland and rock gardens or around trees and large shrubs. Although wood anemone goes dormant in the heat of summer, it also has some drought tolerance during this dormancy.

Known by many names, such as common blue violet, wood violet can be found growing naturally throughout eastern and central North America. Its bright, blue-purple blossoms (or white, or pink), appear in early spring against a backdrop of glossy, heart-shaped leaves. This lovely wildflower grows well in many garden settings and even has value in the kitchen, where both flowers and leaves can be used to garnish salads, decorate desserts, or make jelly.

I hope you’ve enjoyed wandering through the wild, wonderful world of flowers that start with W. Happy planting! 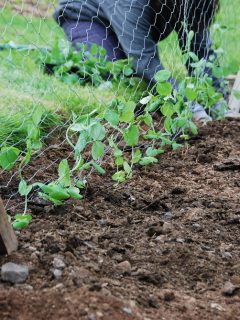 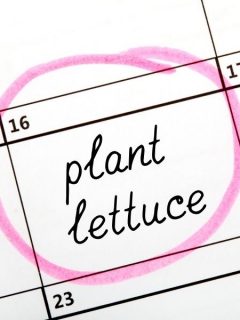 Next
What To Do In The Garden This Month
Click here to cancel reply.