Common Tomato Plant Problems {and how to fix them}

If you have a garden, even a small one, you’re probably growing a couple of tomato plants. Growing tomatoes isn’t always easy. Today we’ll look at some of the most common tomato plant problems you may face, and hopefully ways to prevent or fix them.

If you plan to grow tomatoes in your garden this year, you’re sure to run into at least a few of these tomato challenges. Some are self-inflicted and easily fixable, but others might need a bit more attention.

These green (practically invisible) worms, can mow through an entire full-grown tomato in a couple of days. If they bring a few friends, you can lose your entire tomato patch in a week!

To prevent them from coming to your tomatoes, you could try a couple of things:

If you know you have them in your tomatoes (you’ve seen the signs), it’s time to hunt them down. Look for chewed up tomato leaves, and small black droppings. It’s very hard to find them during the day, but wait until nightfall and look for them with a blacklight flashlight. Once you shine the black light on them they’ll glow in the dark. Check out my “catch” below!

Have a cup of warm water with a drop of soap to drop them in there. If you have chickens, they’ll love them. If not, they’ll die in the soapy water.

Early blight sets in early in the life of the tomato and you’ll recognize it when you see brown spots on the leaves of the tomato plants. The best way to avoid this is to clean up your garden beds in the fall and remove all the spent vegetables. This way you won’t perpetuate disease form one year to the next.

Jut like the early blight, late blight will be visible on the leaves: brown, scorched leaves. It’s most likely a fungus that gets aggravated from splashing water on the leaves and then burning by the sun. Be careful while watering the tomatoes: don’t get the leaves wet.

If your tomatoes are infected, remove all leaves and tomatoes and throw them away (not the compost pile). Sometimes you’ll need to pull the entire plant. Sad, but better than losing your entire tomato crop.

If you see brown papery looking spots at the bottom of your tomatoes, you’re probably dealing with blossom end rot. CAused by uneven watering, and lack of calcium, you can prevent it by adding ground up eggshells to the soil around your tomato plants and watering on a regular basis. Maybe mulch around the tomatoes too.

If you live in deer country, you’ll need a fence around your tomatoes (well, around anything you want to keep the deer from eating). For the last 2 years, we had deer visit weekly to get their share of our tomatoes They KNEW! As soon as the tomatoes would start growing again, they’d be back and snip off the new growth.

I kid you not: we had less than 10 tomatoes from 20 plants. Because of that, last summer I decided to grow tomatoes on the porch and did pretty good with cherry tomatoes.

Learn more about keeping unwanted creatures out of the garden.

They might be cute from the distance, but squirrels do real damage in the garden! They love ripe tomatoes! So, as you’re waiting for your first tomato to ripen so are they. Ugh… not cool!

I gathered several ideas from my Facebook audience that worked on deterring squirrels from the tomato garden.

Generally, if you have a family of groundhogs, you can kiss your garden goodbye for that year. We had a family a couple of years ago and really struggled.  They made wholes around the house (one under the air condition unit was scary).

We tried several things, but what worked best was to add a couple of raw eggs in their tunnels and cover the tunnels with dirt. They stayed away from the foundation of the house.

Keeping them away from our veggies proved a lot harder. But we managed to catch one in a live trap and relocated it. We put some bok choi ends in the trap and got one fo the adults within the hour.  They learn though, so we couldn’t catch anymore. BUT, they relocated themselves (sadly, a bit too late for us that summer).

One of the top 10 gardening problems, aphids are a problem many of us gardeners deal with in our gardens. They can also come indoors.  Thankfully, there are natural ways to get rid of aphids. Even a quick spray of water will help knock them down from the tomato plants.

9. Cages to keep them up

Believe it or not, many people have big problems with their tomato plants sprawling on the ground. And with that come lots of other issues, such as fungus, blight, rotting, etc.

For the large tomatoes, not having a good supporting system may mean losing a tomato too early, because it broke off the stem.

I’m hoping that learning about the most common tomato plant problems and how to fix them will give you a better tomato harvest this year. If you have solutions to any of these (or other problems you encountered), I ‘d love to hear how you managed to stop the problem. 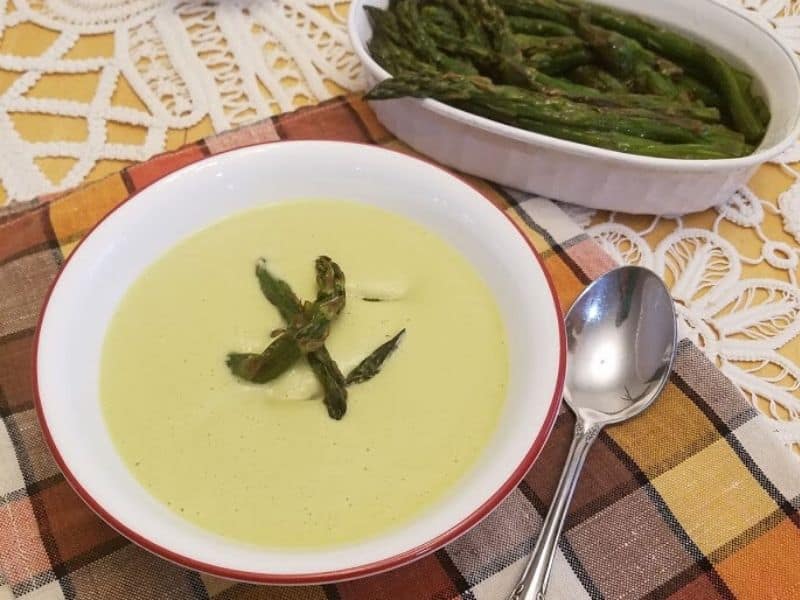 Previous
4 Ingredient Cream Of Asparagus Soup Recipe Without the Cream

[…] For a nice troubleshooting guide to your tomatoes, see these common tomato plant problems. […]

How To Control Leaf Miners Without Harsh Chemicals

[…] miners attack both flowers and vegetables. We had them on our tomato plants (learn more about tomato plant problems) and columbine […]

What Is Blossom End Rot? A Quick Guide To Identification, Treatment, And Prevention

[…] Regardless of whether plants in your garden have experienced blossom-end rot in the past, it is important to implement the prevention strategies outlined above to ensure healthy crops in the future. Compost, mulch, and consistent watering can help prevent blossom-end rot as well as a host of other tomato problems. […]

[…] Here are some common tomato problems and how to fix them. […]

One of my tomato plants keeps getting yellow leaves. None of the others are having this problem . I water every two day. ?

Are these yellow leaves at the bottom of the plant? If so, remove them. If not, you might be giving your plant too much or too little water. Water them really well every 5 days or so, unless the weather turns hot. Let the soil dry between waterings.