As you may or may not know, chickens can lay a variety of egg colors. From white to chocolate and everything in between. Today we are going to discuss brown egg laying chicken breeds.  You might be surprised to find that even with brown eggs there is a whole color spectrum in itself. Let’s begin…

I LOVE the variety of colors that brown egg layers produce! From light brown (almost cream or pink) to dark chocolate eggs, there’s a brown egg in almost every shade.

The Marans is a French breed coveted for its deep chocolate egg color. There are many color varieties of the Marans, but the most common in the United States are the Black Copper and the Cuckoo.

For those new to chickens and wanting to add color to your egg basket, don’t be surprised if your Marans disappoints you. Most Marans do not lay that deep chocolate color: you will get more of a dark brown not that much darker than a Rhode Island Red, Golden Comet, or any other brown egg layer.

The Marans that lay the deep chocolate eggs are found only from breeders who have been breeding specifically for the color. A Marans that you buy from a hatchery, feed store, or backyard breeder most likely will disappoint in the color department.

Serious breeders have bred many generations to get that deep chocolate color and it comes at a price. They are hard to find and fairly expensive. So while the Marans is tempting, be sure you buy from a reputable breeder and ask to see the color of their eggs to determine what you may see from their offspring.

Regardless of color the Marans is a good egg layer and lays a large egg.

The Wellsummer will also give you a dark brown egg, not as dark as the Marans but beautiful nonetheless.

Wellsummers lay a large dark brown egg which is sometimes referred to as terracotta in color and sometimes has dark spots, a more reddish-brown in color than the Marans chocolate.

Wellsummers are a Dutch breed and tend to be calm and friendly. They are wonderful free rangers, but also do well in confinement and are a cold hardy breed.

These three will produce a nice large, medium brown colored egg. The shades of brown will vary with each bird, but they are lighter than the Marans and Wellsummer.

All are excellent layers and rarely go broody, making them some of the top picks for folks wanting a bird that is consistent in its egg laying abilities.

The Wyandotte lays a light to medium brown, large egg. Some birds may have some speckling in their eggs though it is not consistent with each egg laid.

The Wyandotte is a big, beautiful breed that can be used for both egg production and as a bird for the table. This breed is an American breed and was developed in the late 1800s. It is named for the indigenous Wyandot people of North America. They are cold hardy and friendly and make good broodies.

This breed is well known for being big, bold, and beautiful. Brahma roosters can weigh a whopping 18 pounds! They are generally sweet-natured and lay a large, light brown egg.

Brahmas are not the most consistent layers: you can expect three maybe four eggs a week from them. They are also a slow-growing breed and sometimes don’t begin to lay till eight or nine months of age, possibly longer depending on the time of year when they mature.

But what they lack in egg production they certainly make up for in personality. Every Brahma I have ever owned has been a clown and keeps me laughing constantly.

As the name implies these birds are big and were developed in New Jersey as an alternative to turkey. They are really good layers of a large, light to medium brown egg.

A calm disposition makes them great for backyard flocks. They make good broodies, and because of their size can incubate a lot of eggs. The Jersey Giant’s eggs typically take a day or two longer to hatch than your average chicken egg. This is most likely due to their large size.

The Orpington is a dual-purpose breed developed in England and named for the town where it was first bred. These birds are the darlings of the chicken world and are cherished by homesteaders and backyard enthusiasts alike. They are sweet, quirky, and well-rounded. They do well in confinement as well as free-range situations. They are cold hardy and great foragers.

They also come in a bantam variety. The most popular color is the Buff and you will see these most frequently when shopping at your local feed store during chick days. They make excellent mothers and go broody quite often. Orpingtons lay a large, medium brown colored egg that may have speckling.

This breed was developed in Spain and is considered a dual-purpose bird. A lesser-known breed in the US, but gaining popularity. Despite having white earlobes, they lay a dark chocolate brown egg that can sometimes be speckled.

These birds tend to be very flighty, like the Leghorn, and do better in confinement because of their skittish nature. Very seldom do they go broody and they are very good layers.

The Serama is a true bantam breed and is the smallest breed of chicken. Some weighing in at only six ounces and standing six inches tall.

A lot of Serama lovers will keep them as house pets because of their calm demeanor and tiny size. They are a tropical breed and do not do well in extremely cold weather. The hens lay all year round and their tiny eggs range in color from almost white to dark brown.

This breed has very recently stolen my heart. I just this year acquired a small breeding flock of Silkies from a friend who was downsizing, and I have been in love with them from day one. They really are the beauty queens of the species.

The Silkie is an ancient breed believed to originate in China although they are sometimes referred to as Japanese Silkies. They were typically owned by royalty as a status symbol. They are an ornamental breed, so more for show than production.

Silkies have black skin, blue earlobes, five (sometimes six) toes, and a variation of top knots, cheeks, and muffs. There is a lot going on with the Silkie in the looks department… a lot of chrome as folks in the car world would say.

The most important thing to know about the Silkie is that they are excellent broodies. Probably the most broody breed of chicken out there. These girls love to be mamas and they will sit and sit and sit. So if you want a hen to hatch out eggs, the Silkie is going to be your hands-down winner for job commitment and seeing it through. This broodiness comes with a price… if you are looking for consistent egg layers, the Silkie may not be your gal. They do produce a small cream-colored egg, and when not brooding will give you about three eggs a week.

If you are looking for brown egg layers the list above is a good place to start. There are many, many more breeds of chickens that lay brown eggs and as you begin to do your research into chickens, you will find there are too many to contain in just one article.

I own many brown egg-laying birds and I love the variety and variance that each girl gives me. Nature is a beautiful thing and I am always in awe when I get my eggs each day and see all the wonderful fruits of my flock’s labor. They sure are good to eat too!

Can a chicken’s eggs change color?

The simple answer is no they cannot. However, a chicken’s eggs may tend to be darker at the start of laying season and then fade as the number of eggs laid increases. For example, a Marans hen may lay a super dark chocolate egg at the beginning of the spring and by fall her egg may have lightened in color by a few shades. This is completely normal and more apparent in your dark egg layers.

Do chickens that lay brown eggs lay more frequently than those that lay other egg colors?

The color of the egg does not determine the frequency of laying. Although some of your brown egg-laying breeds are better producers than those that lay say a blue or white egg. It all has to do with the breed and/or type and what they are bred for.

Do chickens lay eggs all year round?

There are some chickens that will lay eggs all year round, usually ones bred for heavy egg production. The majority of your hens will slow down or stop altogether during the winter solstice.

Their bodies need a break and the winter months are not conducive to hatching and raising chicks. You will notice that egg laying will pick back up in the spring when the days get longer and the weather gets warmer. Also, hens tend to stop playing while in molt. Adult birds will go through a full molt once a year, typically in the fall just before the cold weather hits. The length of a molt can be anywhere from two weeks to a month.

I’ve noticed that one of my hens has been laying a soft-shelled egg, why is that?

Hens need calcium to produce eggs and they use a lot of it. Typically your commercially bought layer feeds have extra calcium added in and you don’t need to worry about supplementation. Sometimes a hen will not be getting enough calcium for whatever reason. This can cause egg shells to become thin, brittle, or soft. Adding free choice eggshells or oysters shells (this is the one I use) to your coop will allow the girls to get extra calcium if they need it.

Also, pullets when they are just starting to lay may produce soft-shelled eggs. This is totally normal and they will harden up as her body adjusts to the egg-laying process. 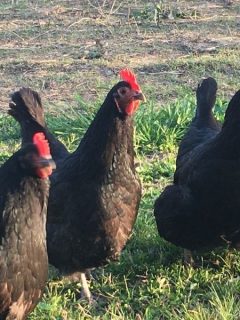 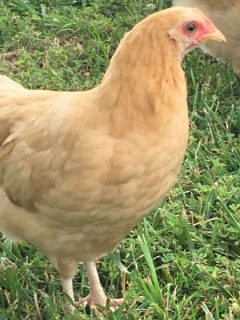 How To Predator Proof The Chicken Coop And Run

[…] Snakes such as black and rat snakes are wonderful at keeping the rodent population down. Most times they prefer mice, but if they can get access to an easy meal they will continue to eat your girls’ eggs. […]