Why You Should Celebrate Weed Appreciation Day on March 28

Weeds are something almost every gardener loves to hate. We spend hours digging them out of the ground, yet the stubborn little plants continue to pop up where we don’t want them. If you’re anything like me, you always feel behind on weeding. So why on earth would anyone want to celebrate Weed Appreciation Day? What is there to appreciate about weeds?

Although this may seem like an odd thing to celebrate, there actually are quite a few things to appreciate about weeds! But before we dive in, let’s take a look at what a weed is.

What is a weed?

Merriam-Webster defines a weed as “a plant that is not valued where it is growing and is usually of vigorous growth.” Based on this definition, no plant is inherently a weed! A weed could be an unwanted plant in your garden or an invasive species growing in the woods, but in either case, that same plant growing in its native habitat is simply a plant, and it may even be something worth admiring. Sometimes we refer to any uncultivated plant as a weed, though it’s hardly fair to assign such an undeserved negative label.

Many plants often considered to be weeds fill valuable ecological roles and can even benefit humans. Their flowers feed songbirds with their seed and bees, butterflies, and other pollinators with their nectar. Other parts of the plants serve as food for a range of wildlife, and many species play host to native caterpillars.

Consider for a moment how much time and effort people put into keeping their lawns weed-free and then how much money they spend on birdseed to replace the native diversity replaced by manicured grass. I’m not saying we should all stop mowing, but maybe we could each convert part of the yard to a native wildflower garden, or at least let the dandelions come up in the spring (please don’t use herbicides!).

Speaking of dandelions, many common garden weeds are edible! You likely have heard that dandelion greens not only make a great spring salad but also provide a rich source of vitamins. Other edible “weeds” include purslane, chickweed, purple dead nettle, lamb’s quarters, redroot pigweed, and dock.

What is Weed Appreciation Day?

Though we don’t know when or by whom, March 28 was designated as Weed Appreciation Day. We do know that it was established to acknowledge that weeds are simply plants growing where we don’t want them and to celebrate these underappreciated plants so often dismissed as undesirable.

Weed Appreciation Day serves as a reminder to go outside and taker a closer look at those plants you love to hate and find something to admire about them. How would you look at that plant if you found it somewhere other than your flower bed or the cracks in your sidewalk?

How to celebrate Weed Appreciation Day

You will likely still spend plenty of time ripping weeds out of the garden this year, but at least you can now appreciate that they do have a purpose. And perhaps you might even relabel some of your weeding as “harvesting” and gain some nutritional benefit from what you once considered a nuisance! 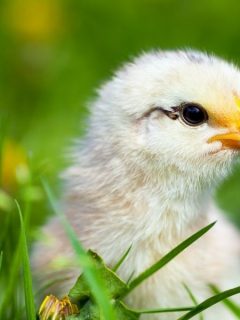 Previous
The Basics of Raising Baby Chicks - From Brooder To Coop 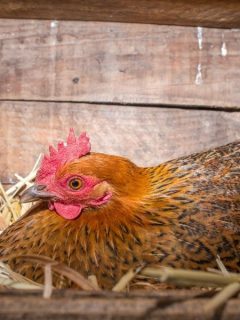 […] Why You Should Celebrate Weed Appreciation Day on March 28 […]