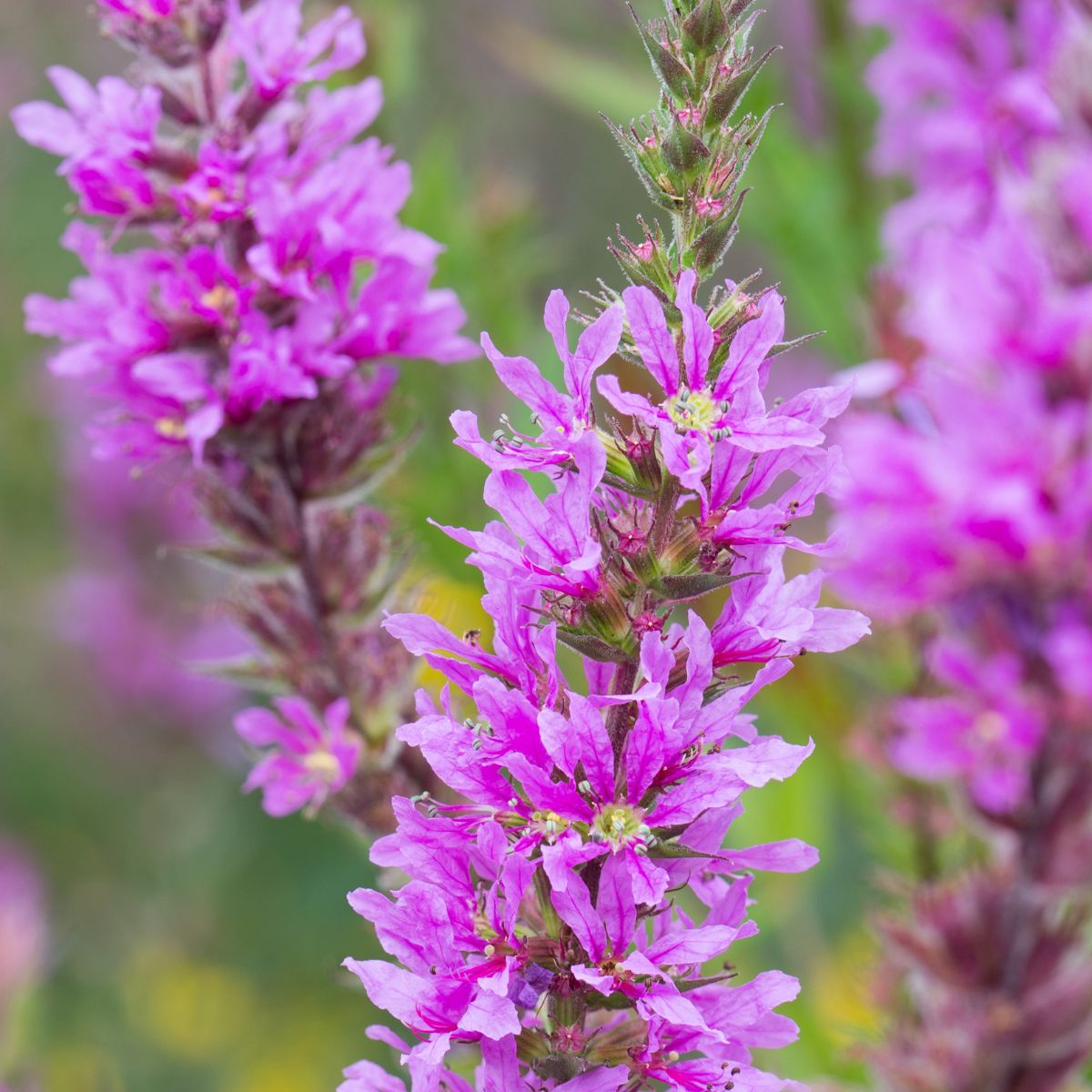 The Illinois Exotic Weed Act was enacted to help control some of the worst invasive plants in Illinois. This act regulates the movement of certain nonnative plant species within the state, prohibiting the purchase, sale, distribution, or planting of species on the list. While many more invasive plants grow in Illinois, the Illinois Exotic Weed Act currently regulates 26 species.

To help you begin taking action against invasive plants in your garden, we have compiled a list of the 26 regulated plants with their identifying features, recommended control methods, and similar native plants to grow instead. For simplicity, some species are grouped under a shared genus. 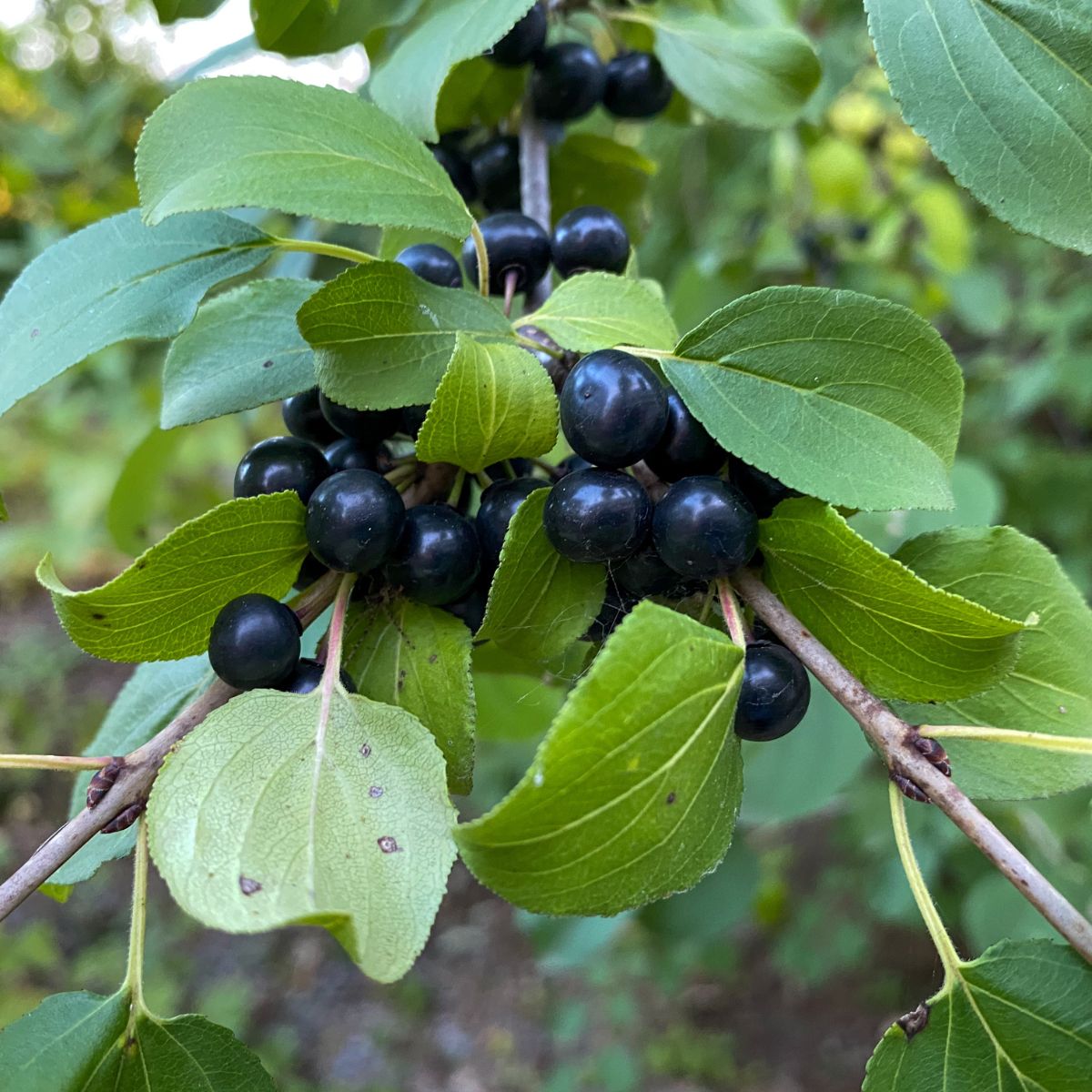 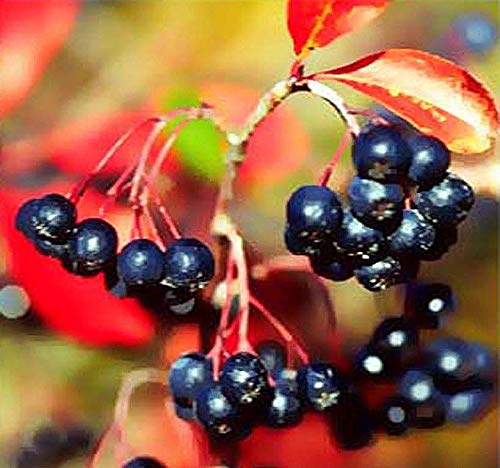 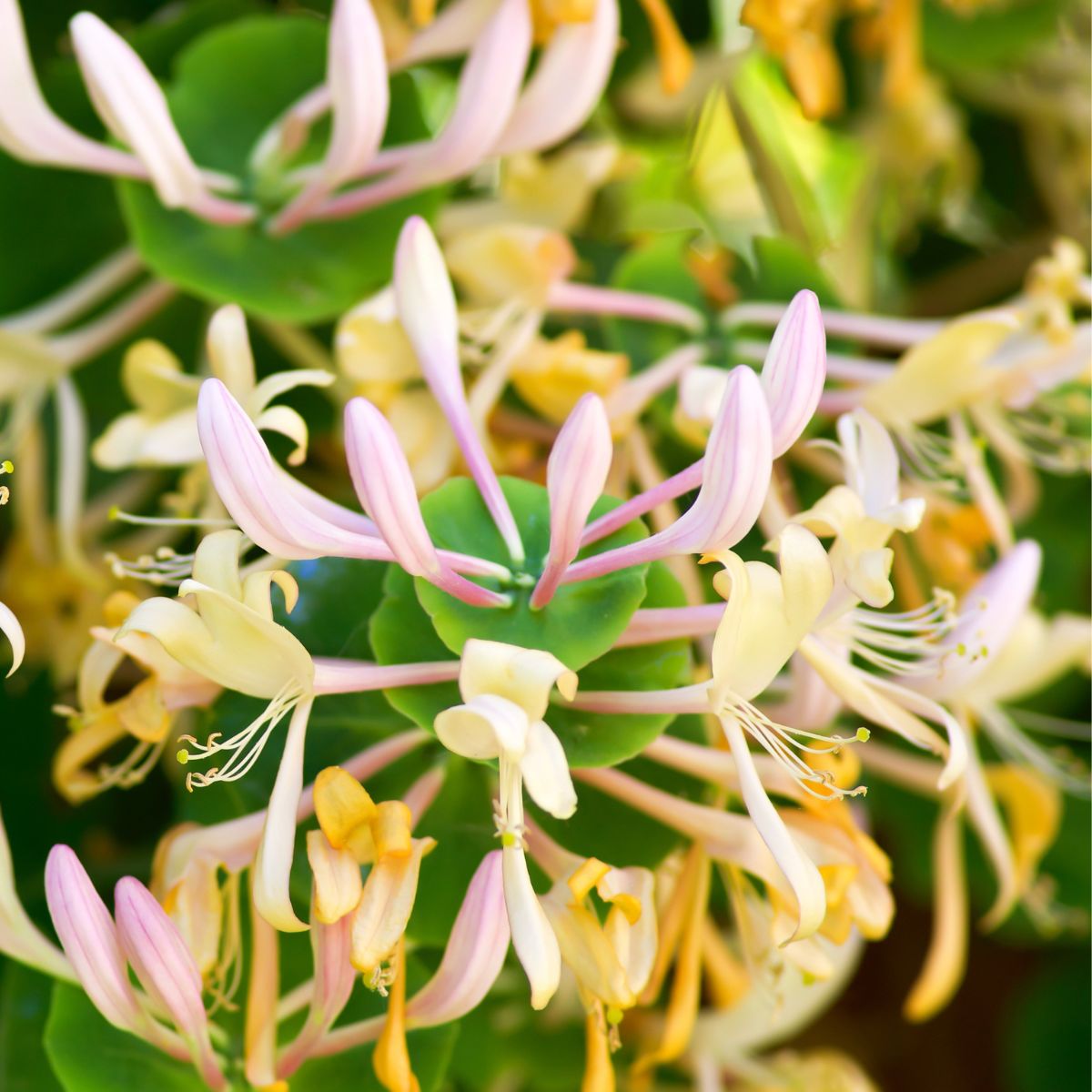 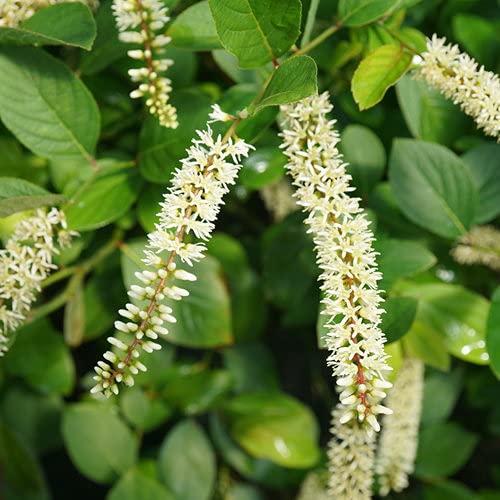 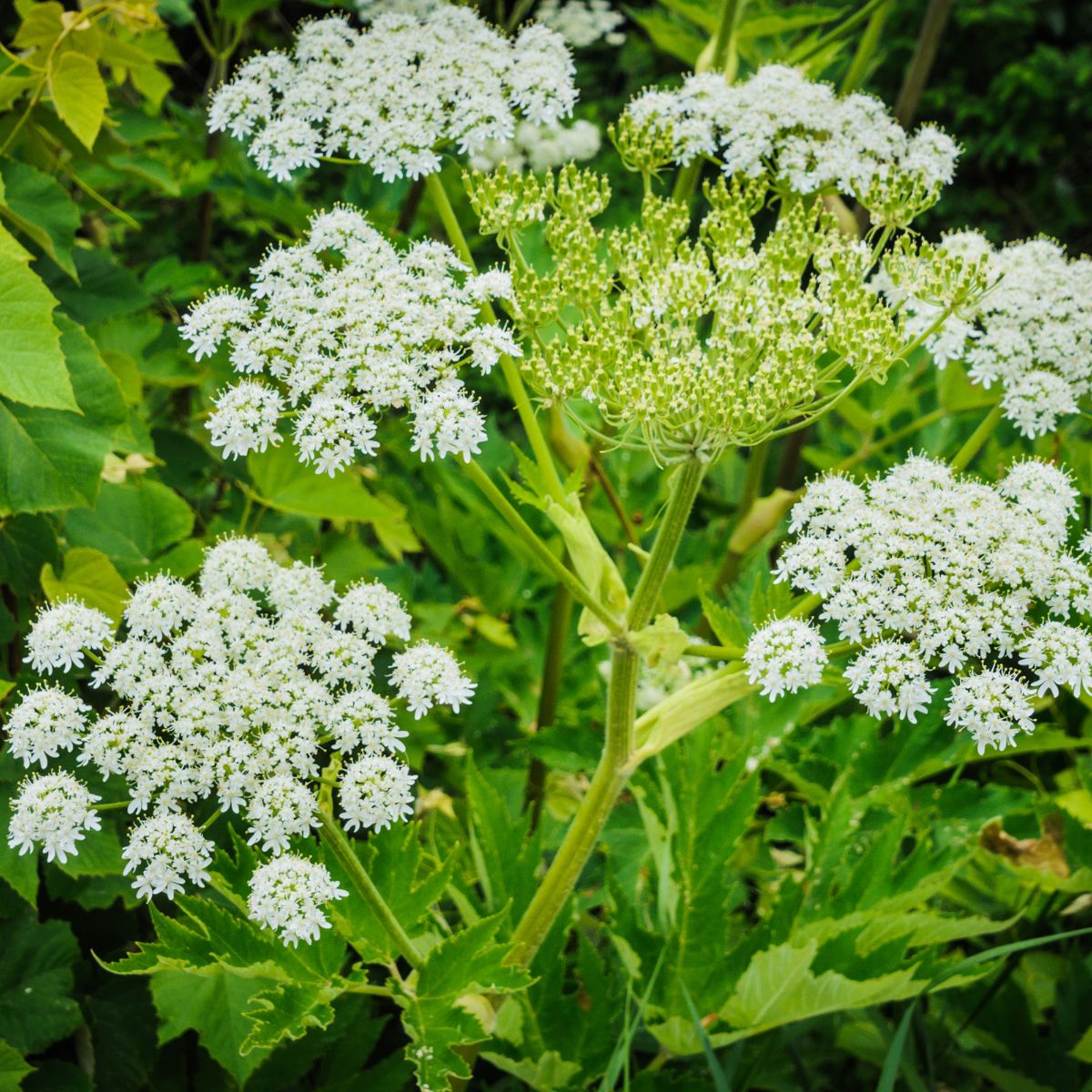 Also a federal noxious weed, giant hogweed is invasive as well as dangerous. The sap can cause significant chemical burns if it comes into contact with skin. This tall perennial resembles cow parsnip (H. maximum). Look for lobed, deeply incised foliage, flower stalks up to 15 feet tall with purple blotches, white flower umbels up to two feet wide, and flat, oval (not heart-shaped) seeds.

Contact your local Extension office for how to safely remove giant hogweed. 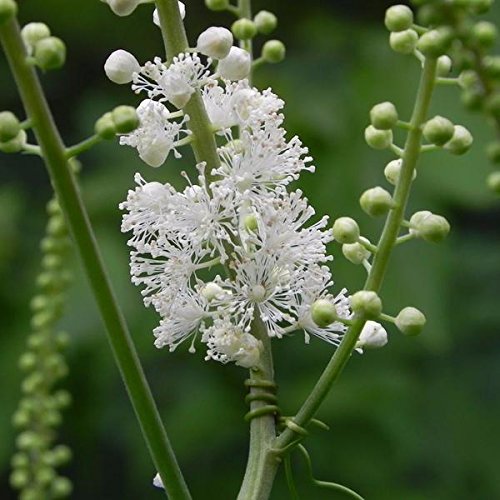 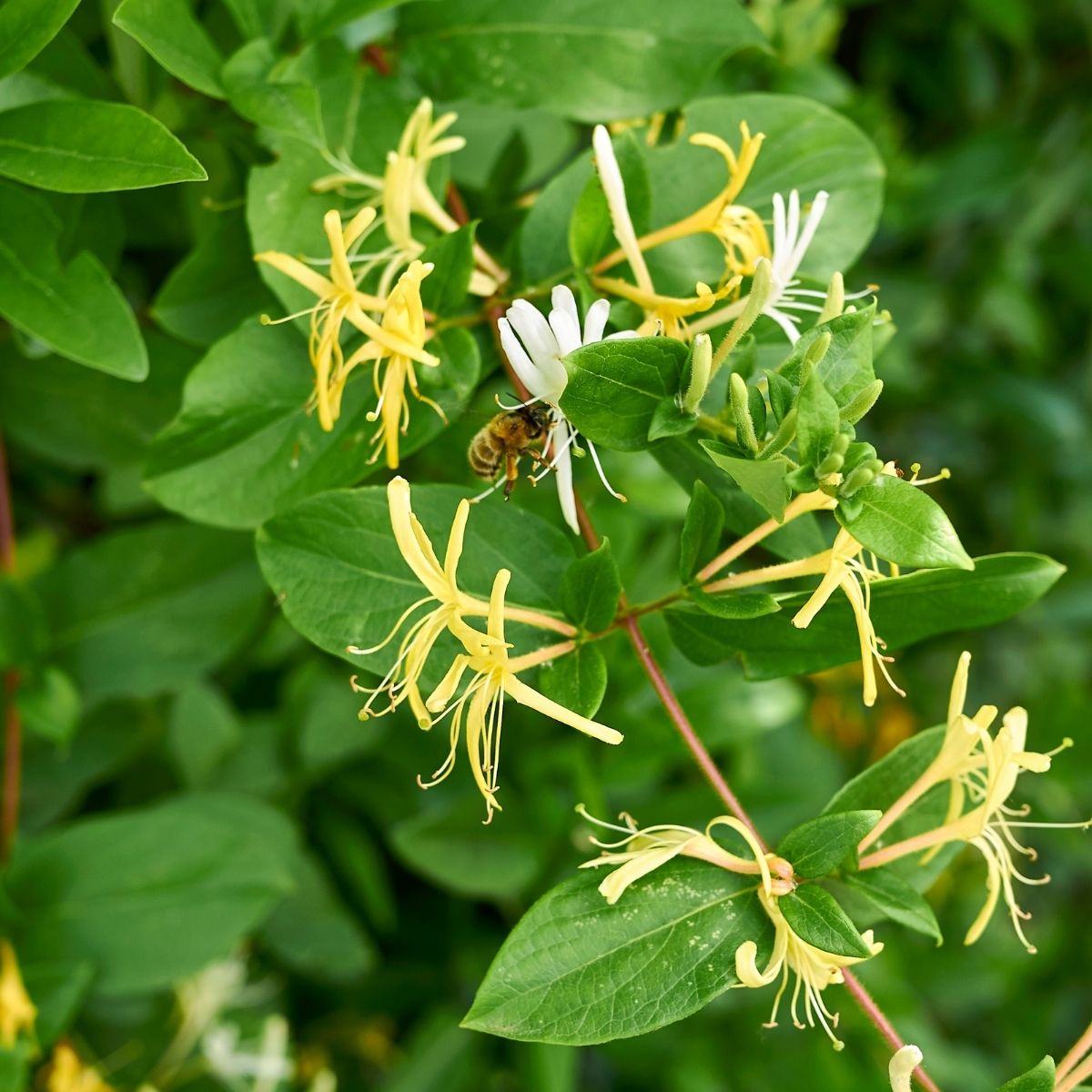 Unlike the invasive bush honeysuckles, Japanese honeysuckle grows as a semi-evergreen woody vine. It does not have tendrils but climbs by wrapping tightly around trees, fences, and other vertical supports. Look for dark green, oval, opposite leaves with reddish pubescence on the undersides. The fragrant, tubular flowers age from white to yellow and are followed by black berries.

Pulling or digging may leave behind roots that can resprout, so foliar herbicide may be the best approach. Basal bark or cut stump treatments can be used on larger vines. 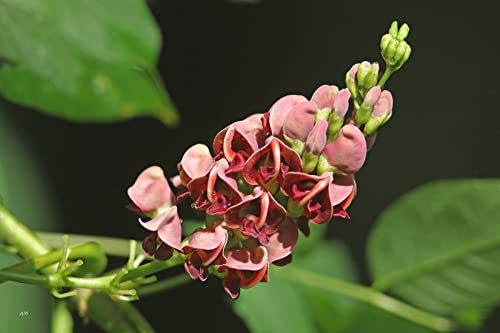 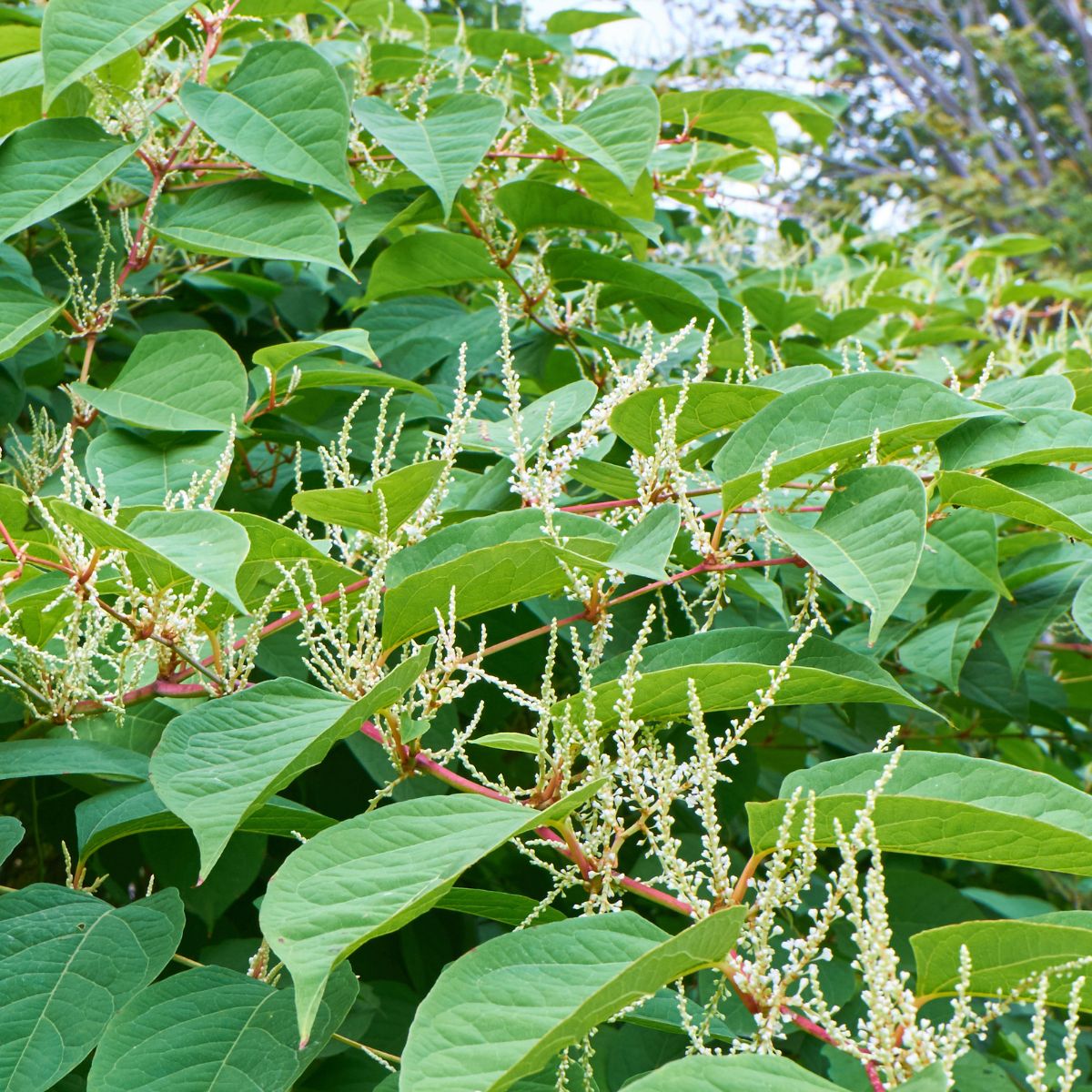 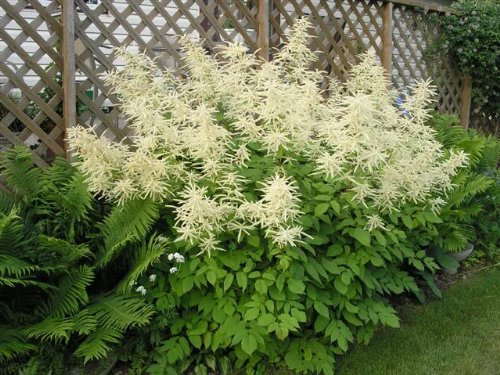 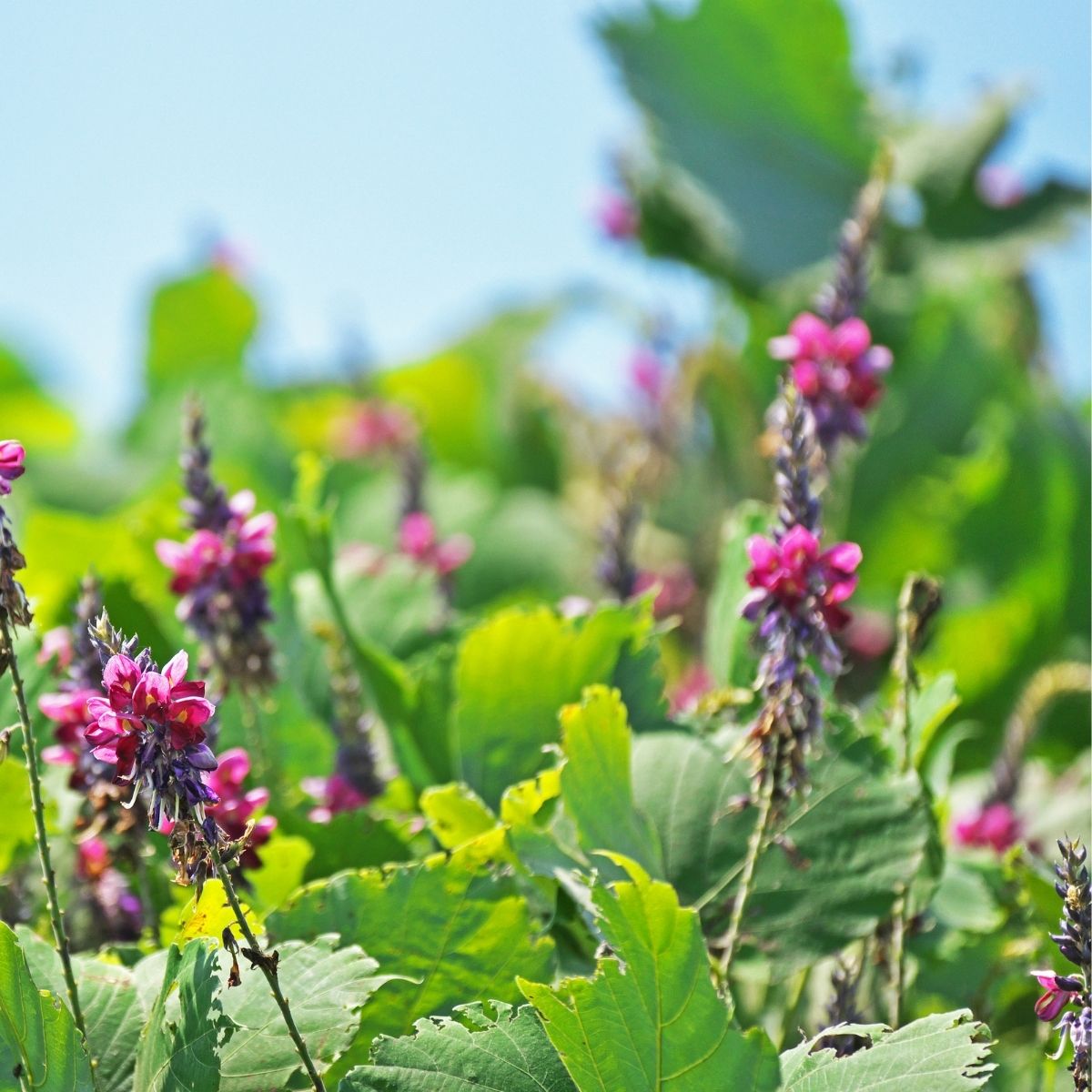 An extremely aggressive vine, kudzu can overwhelm native shrubs and trees and even buildings. The stout, woody vines have reddish hairs and large, alternate compound leaves with three leaflets, sometimes lobed. Short racemes of purple flowers give off a grape scent. The seed pods look like short, flattened beans.

Smaller, younger infestations may be controlled by cutting in the hottest, driest part of summer for a couple of years or by heavy grazing. Foliar herbicide is also effective. 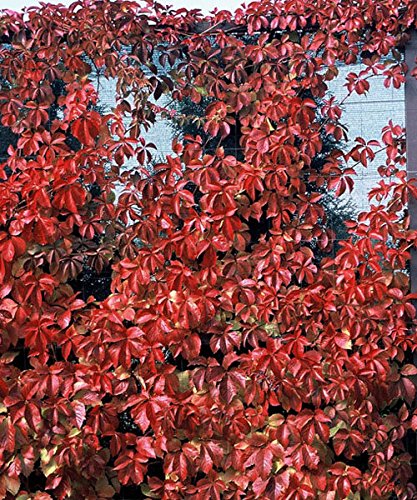 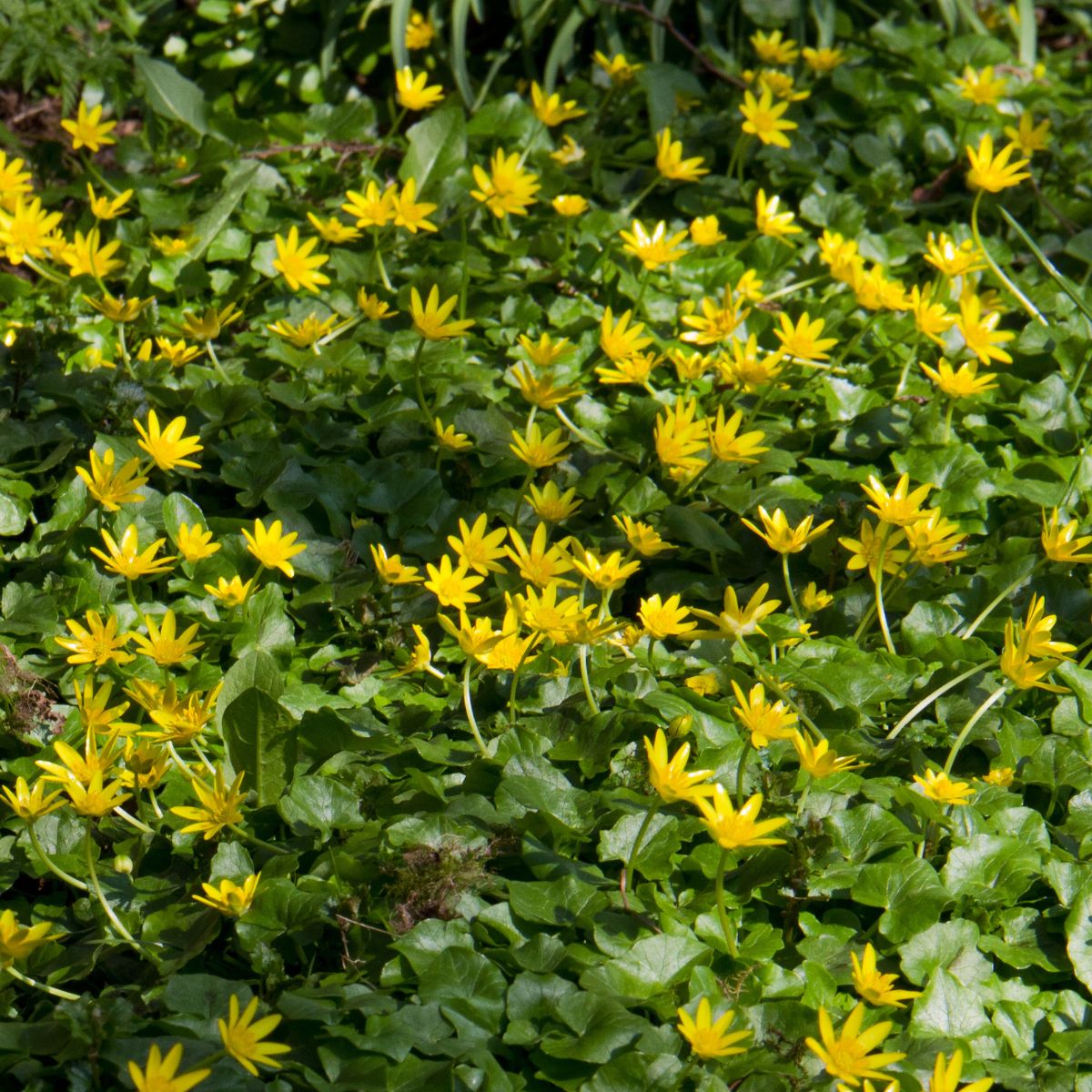 The kidney-shaped, dark green leaves growing close to the ground die back when the flowers fade. It spreads via the fragmentation of fingerlike tubers and tiny round bulblets produced aboveground.

Small infestations can be pulled or carefully dug, removing all tubers and bulblets. Foliar herbicide is most effective on larger infestations.

Replace with the similar but larger native marsh marigold (Caltha palustris) or another woodland wildflower, like wood anemone (Anemone quinquefolia). 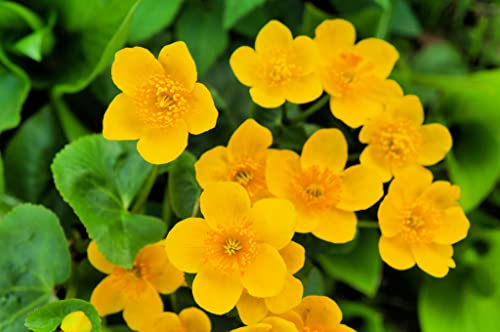 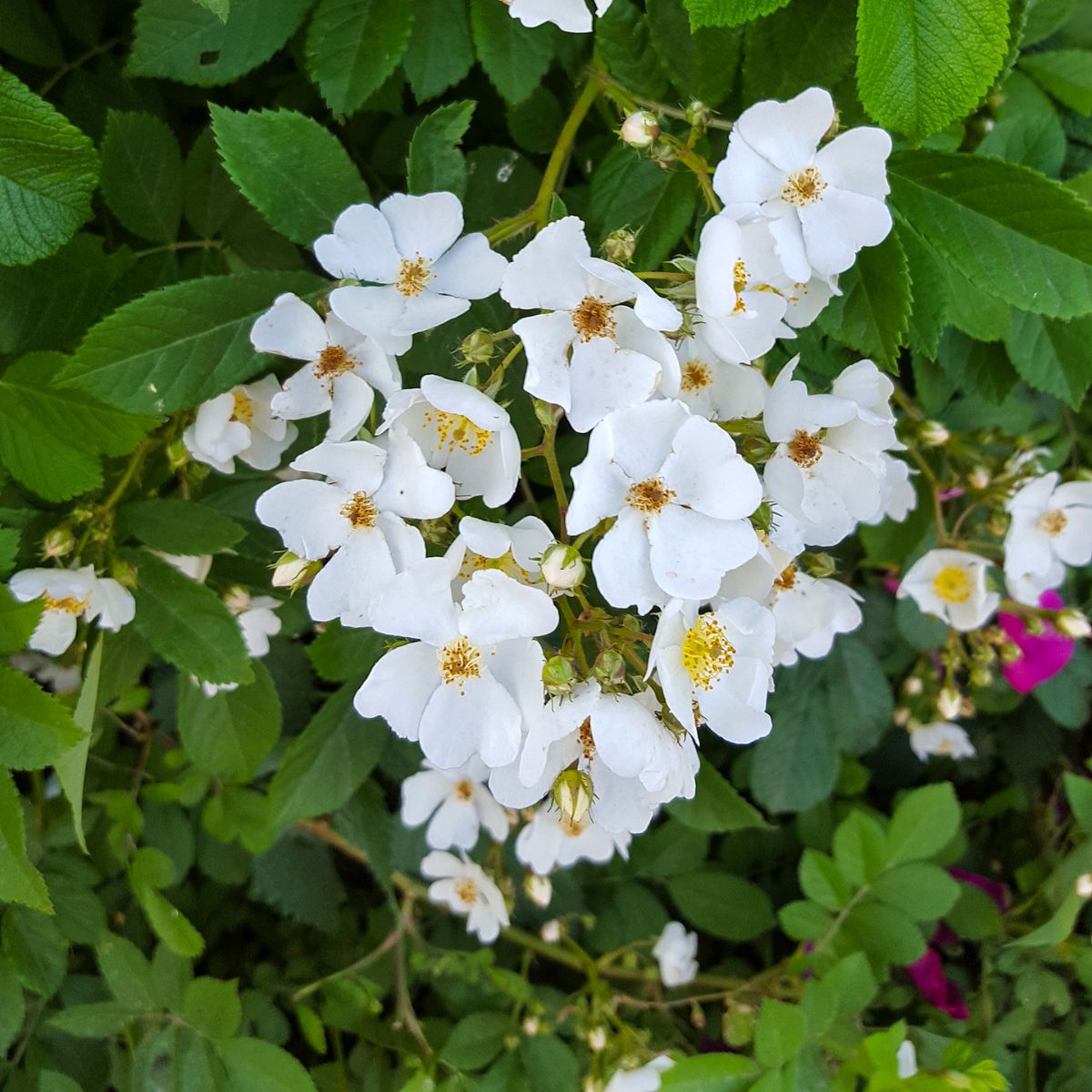 Of all the Illinois invasive plants on this list, multiflora rose might be the most widespread. This multistemmed shrub has thorny, arching canes that can also vine up to 30 feet into trees. The compound leaves have five to nine serrated leaflets, each with a feathery fringe at the base. Small, white to red flowers bloom in clusters, followed by bright red rose hips.

Cutting (and cut stump herbicide use) is possible but difficult; foliar or basal bark herbicide application may be more practical and effective.

Illinois is home to many native roses you can grow instead, such as (R. setigera) and prickly wild rose (R. acicularis). 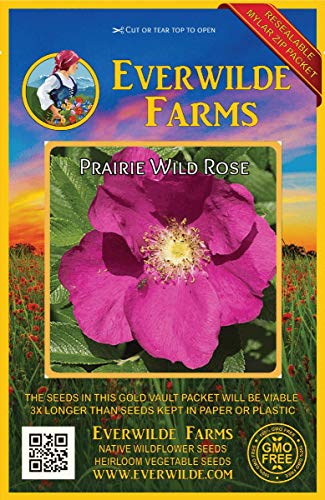 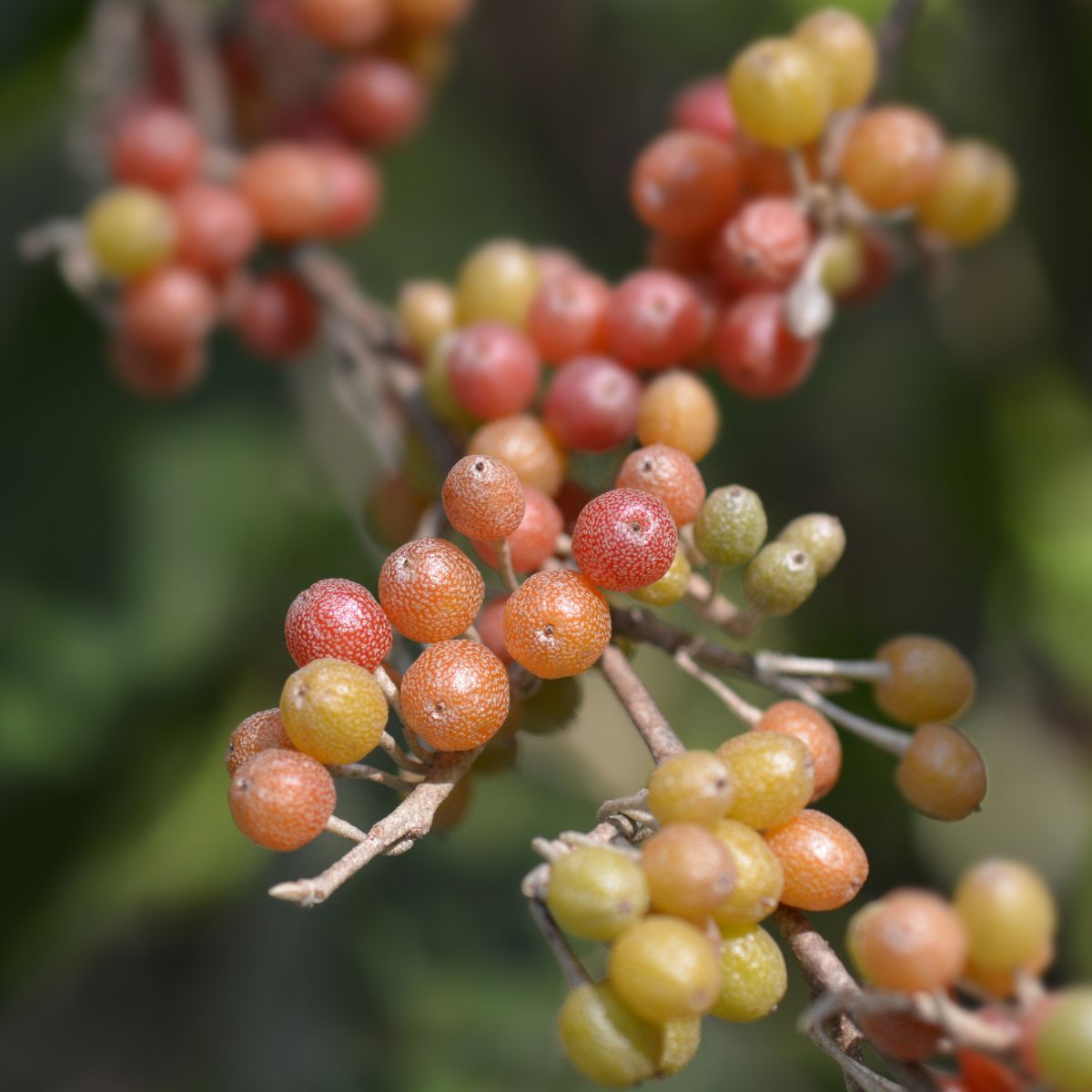 Small plants can be hand-dug, or use foliar or basal bark herbicide application. Large shrubs should be removed with machinery or cut and herbicide applied to the stump. 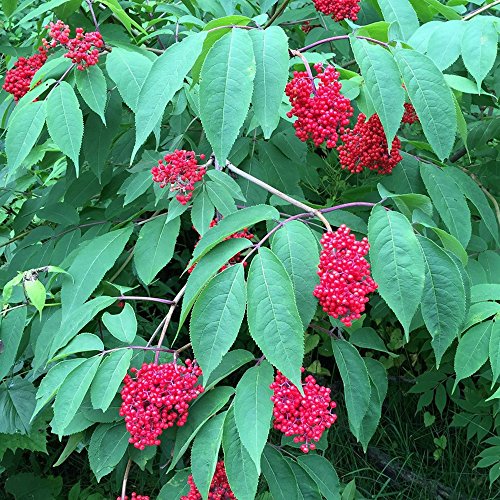 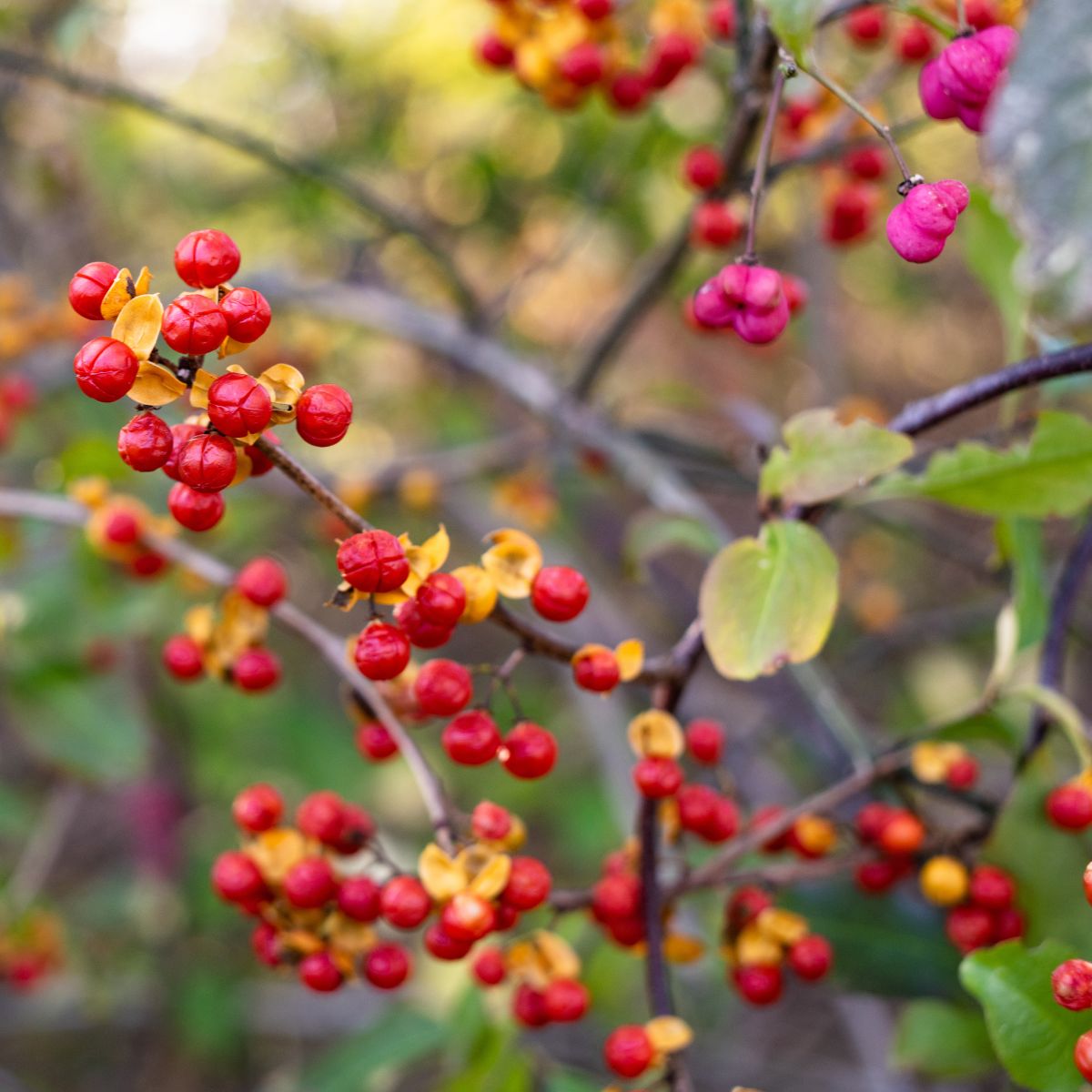 Oriental bittersweet is a vine without tendrils, climbing instead by wrapping. The light gray bark with diamond lenticels becomes rough and flakey as it ages, and the vines have round, bluntly serrated, alternate leaves. Small, pale flowers on female plants give way to golden fruits that split to reveal a red berry.

American bittersweet (C. scandens) is an obvious alternative, while other native vines, like the unique American groundnut (Apios americana), are also attractive options. 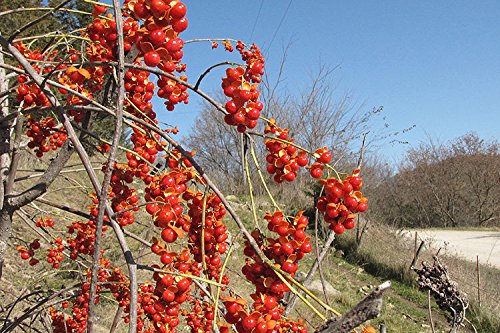 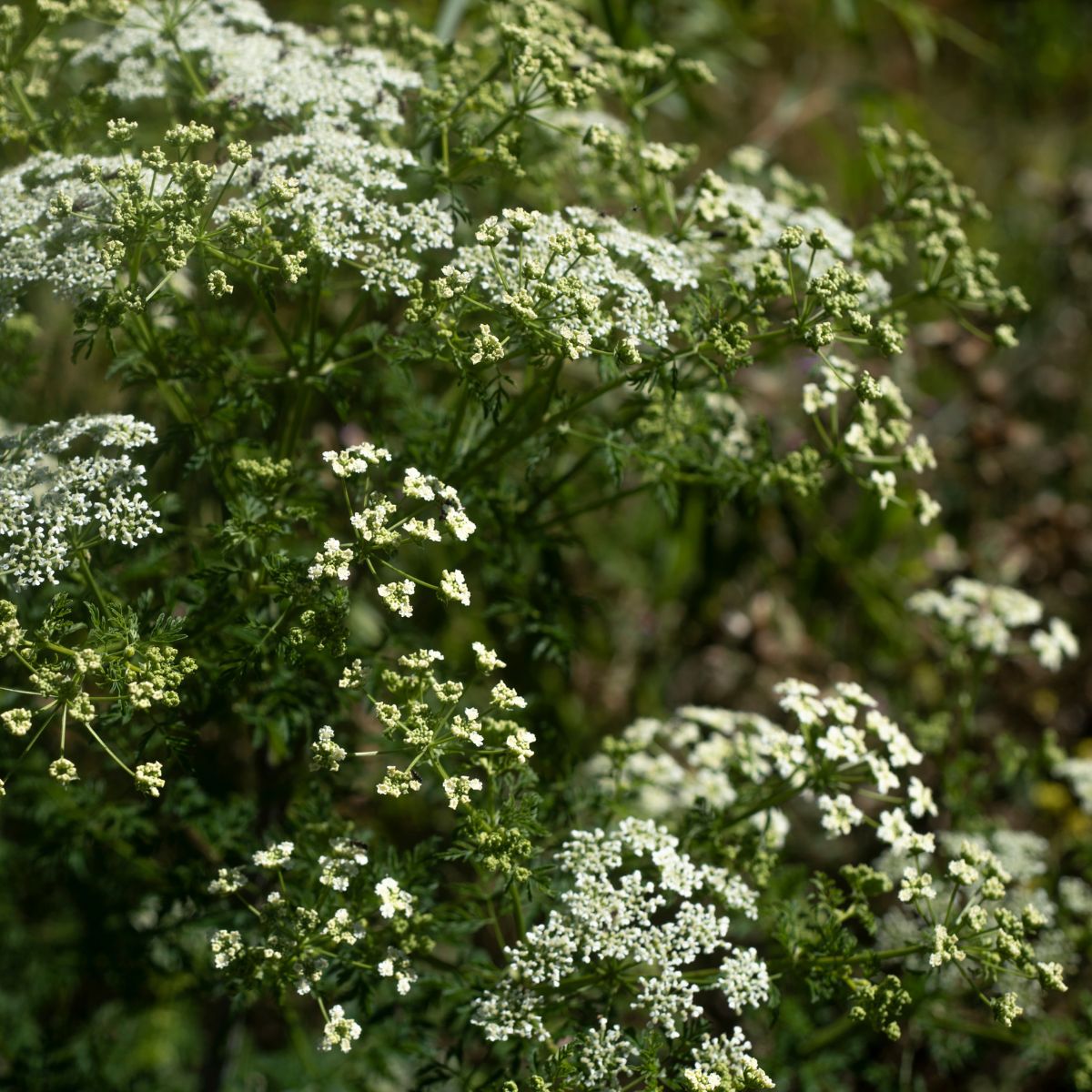 Although a member of the carrot family, poison hemlock can be deadly if ingested. This biennial forb begins as a large rosette of finely dissected compound leaves and reaches three to 10 feet tall when flowering. It has thick, waxy stems with purple blotches and many small, loose umbels of white flowers.

If it is possible to remove the entire taproot, pulling or digging is effective on small populations. Otherwise, carefully apply foliar herbicide. 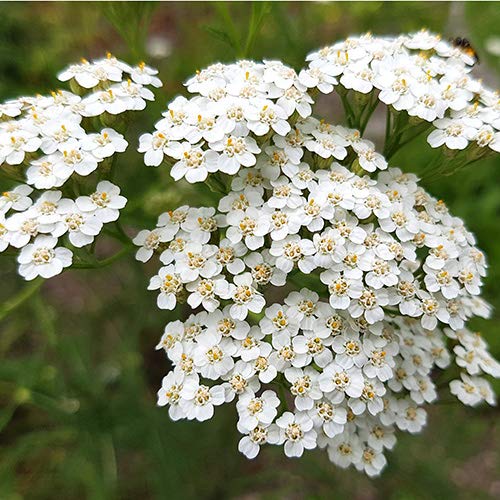 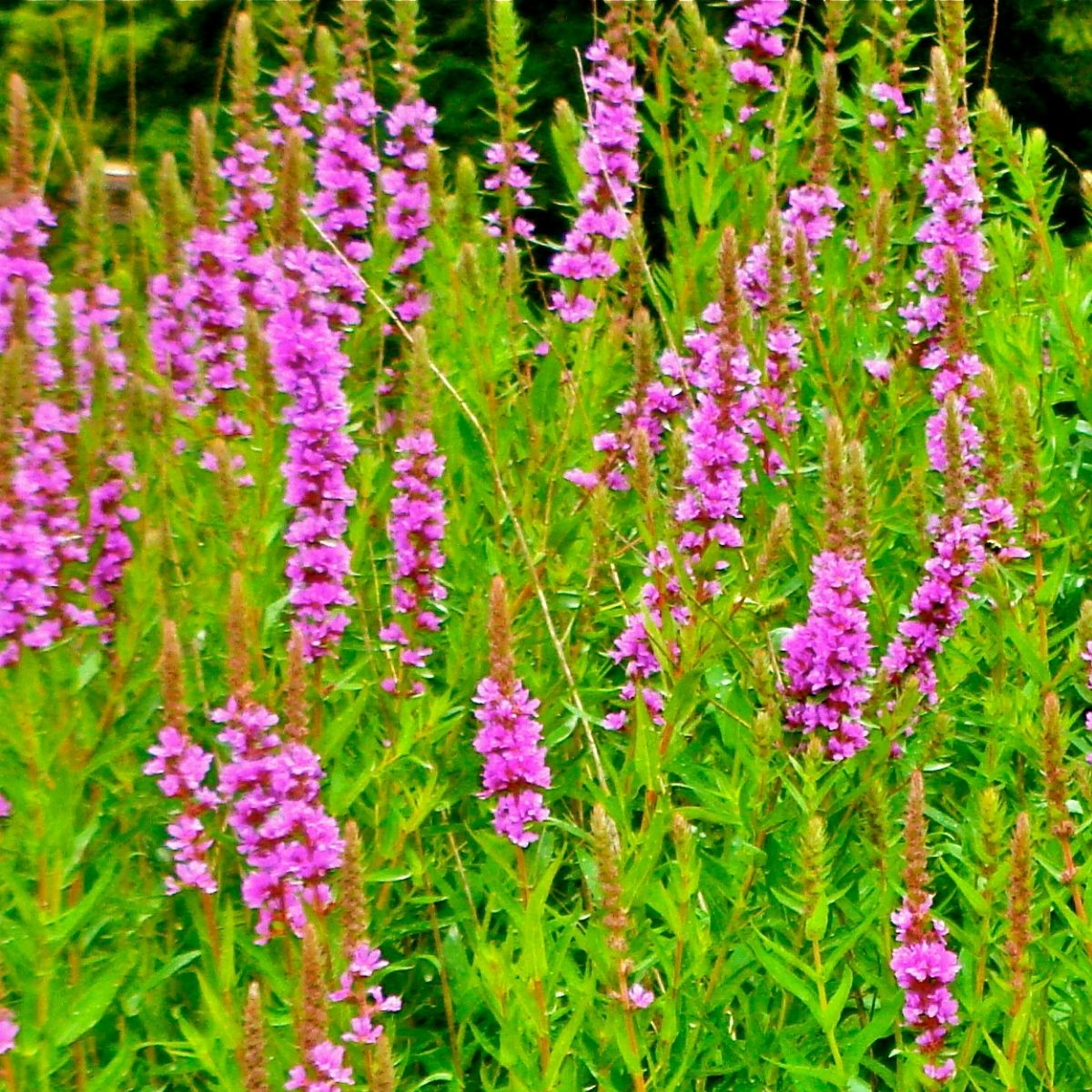 Purple loosestrife is a perennial herbaceous forb reaching up to 10 feet tall. The lance-shaped, opposite leaves sometimes appear in whorls of three and may clasp the fuzzy stem. Long, showy spikes of fuchsia flowers precede elongated seed capsules. Purple loosestrife looks very similar to European wand loosestrife (L. virgatum), which is not regulated.

Small plants can be dug or pulled, but bigger plants and large infestations may require foliar herbicide. 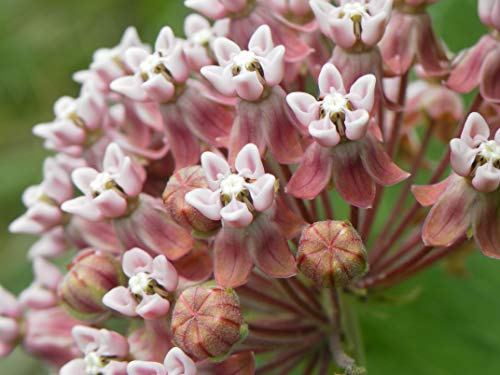 A deciduous shrub or small tree, saltcedar has thin branches with reddish to purplish bark. The small, gray-green, scale-like leaves resemble those of eastern red cedar but turn yellow or red in autumn. Clusters of small, white to pink flowers make the plant look fluffy.

Saltcedar can be suppressed by cutting, prescribed burning, or bulldozing, but herbicide should be applied immediately afterward to prevent resprouting.

American larch (Larix laricina) is a native deciduous conifer, while a flowering shrub like nannyberry (Viburnum lentago) will provide a similar flower display. 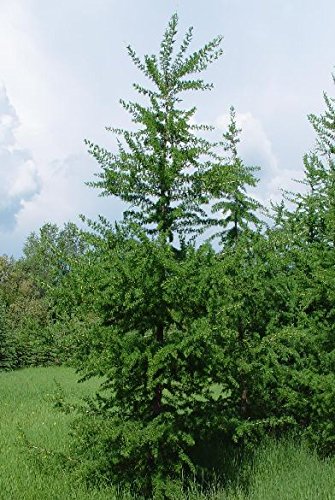 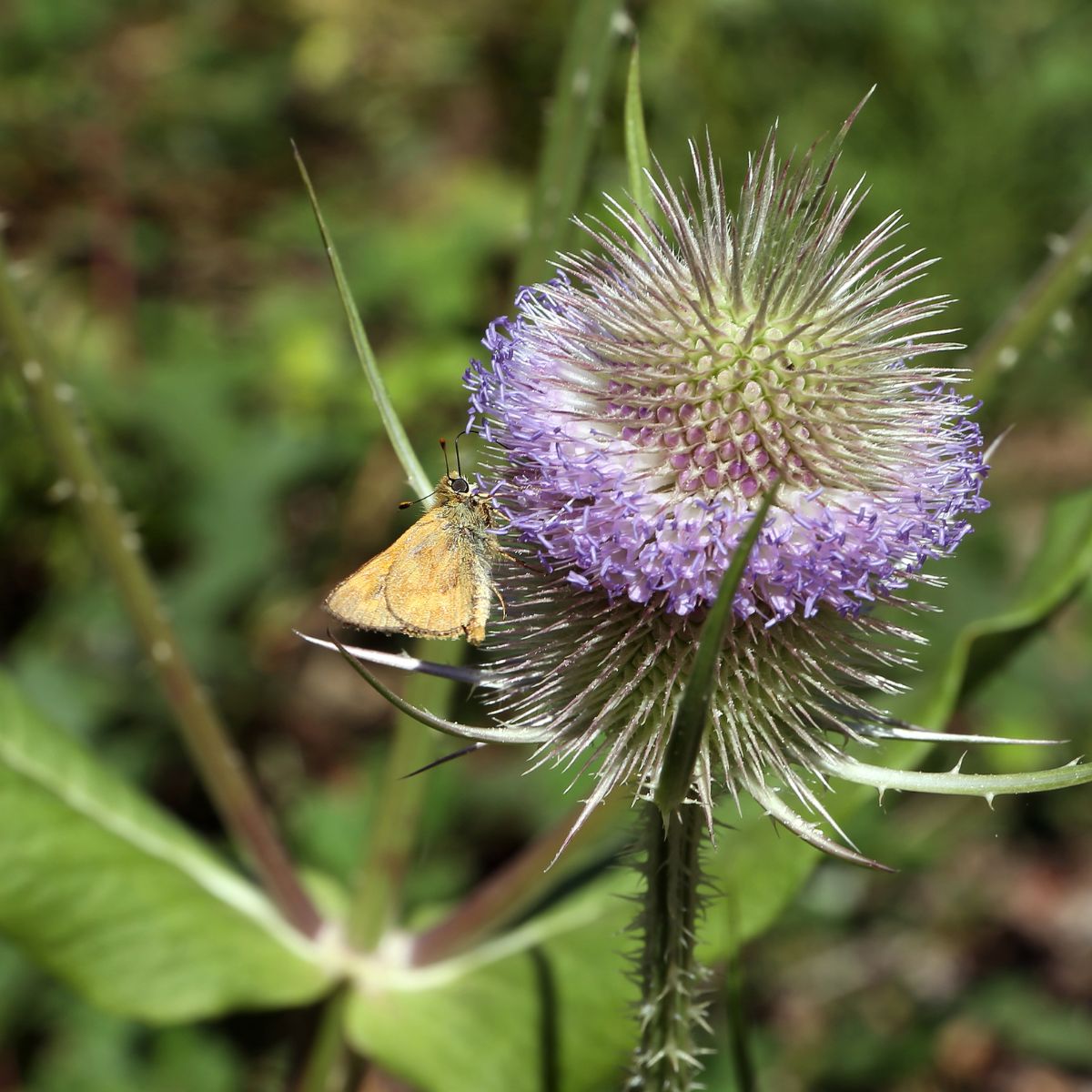 A biennial forb, teasel is a basal rosette of long, linear leaves in the first year and produces a three- to eight-foot flower stalk in the second year. Prickles cover the entire plant, including leaf veins. The spiny, green flower heads have large bracts and white or purple bands. 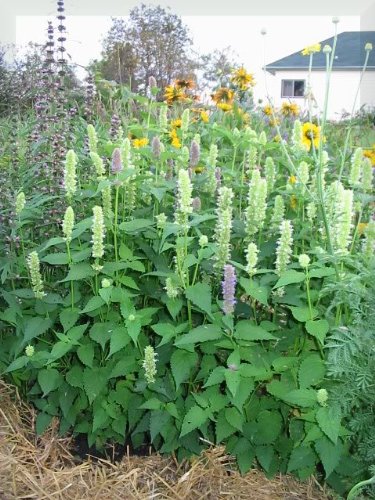 Learning to identify invasive species, like those on the Illinois Exotic Weed Act list, is the first step in helping to eradicate them. If you see one or more of these plants in your landscape, take steps to remove them or contact your local Extension office for assistance. And whether or not you find invasives on your property, you can help by planting some of the many beautiful native species. 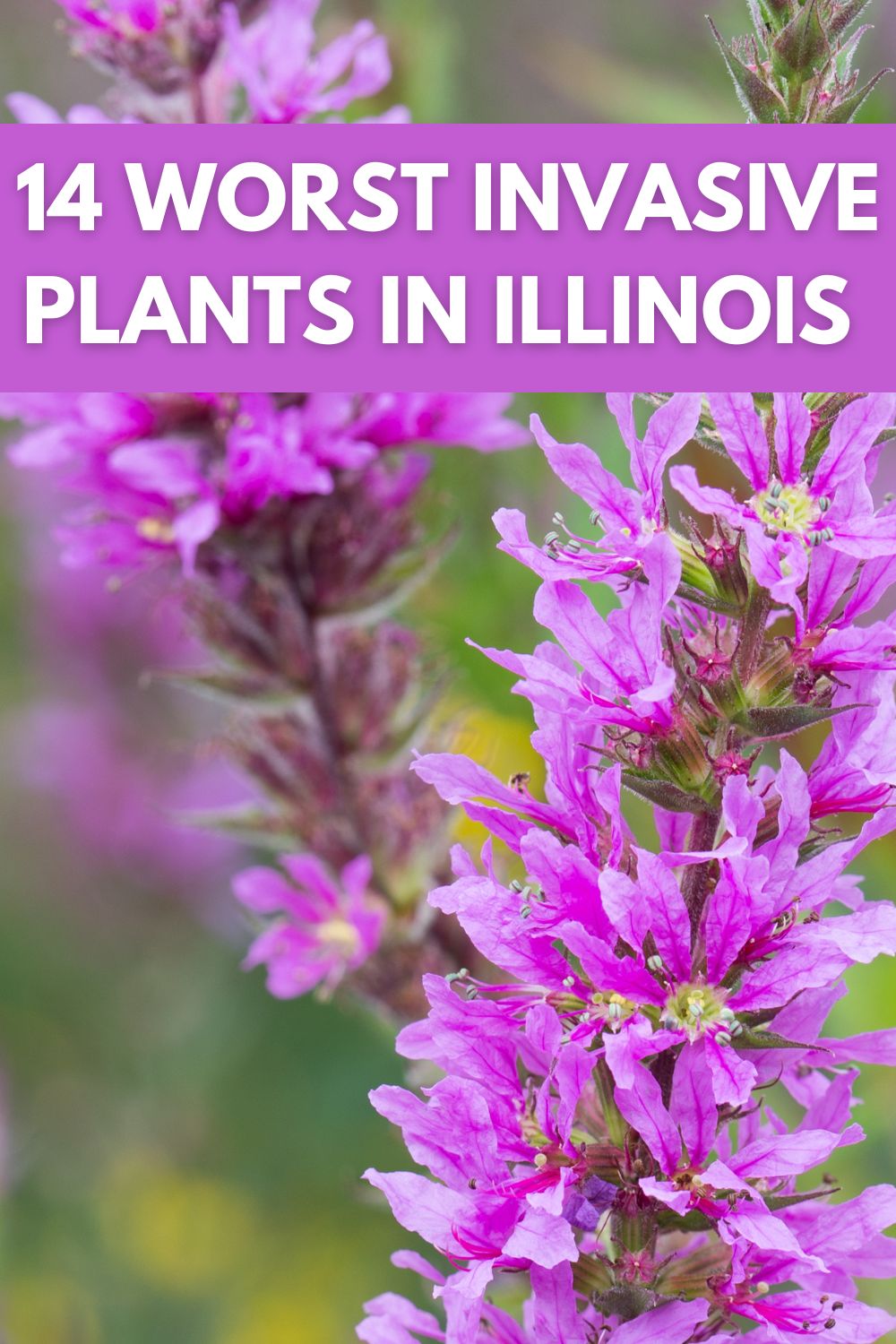