How To Grow Legumes For Food And To Increase Soil Nitrogen

The legume family is a large and diverse group of plants that includes beans, peas, lentils, soybeans, and peanuts. Legumes are unique because they have the unusual ability to add nutrients to the soil, and as such, they are often referred to as green manure. So, it’s important to learn how to grow legumes, both to feed your family and to add nitrogen to your soil.

Growing legumes in your garden is a great way to provide high-quality protein for you and your family. Legumes are nitrogen-fixers that can take nitrogen from the air and turn it into usable fertilizer for other plants, so they’re good companions to have around as well.

Because the beans and peas provide their own nutrition, they are not that fussy about the soil, although the ground you plant them in should be able to retain water. Here is how we prepare the soil for this group of plants.

We use the bean trench method which we start in the fall, the season before planting. Here’s a short description of this method:

When backfilled, the trench will look slightly raised to begin with, but over the winter the weight of the soil will compress the waste, leaving the trench slightly sunken. At this stage, it is a good idea to dust some wood ash over the trench.

The newspaper and kitchen waste will retain a lot of water, and also supply some trace elements as nutrition for the plant.

How To Grow Legumes

A legume fruit is described as the fruit of a pea or bean plant that is contained within a case that when ripe, slits with the fruits contained on one side.

Legumes are an extremely important vegetable group, not just in our diet but in our crop rotation too. As a food item, they are a great source of protein, particularly for vegetarians, but as an alternative to meat, they are low in fat and cholesterol. In fact, legumes have been for a long time as a meat alternative, so much so that they are often referred to as ‘poor man’s meat’.

In the garden, the legumes have the unusual ability to add nutrients to the soil, and as such, they are often referred to as green manure.

Here is a list of legume fruit examples you can grow.

Runner beans, first grown for their attractive flowers, not many vegetable gardens are created today without the traditional runner bean frame. How to grow runner beans.

Garden peas, there is nothing quite like homegrown peas! Eat when fresh, as the fruit starts to turn sugar into carbohydrates as soon as they are picked. Fresher is sweeter. Smaller varieties are known as petit pois. How to grow peas.

French beans are a great addition to the vegetable garden, either as dwarf plants or as climbing beans.

Sugar snaps are another great pea to grow, and like French beans, they are eaten as a whole pod rather than shelling, they are both sweet and crunchy.

Snow peas are also a whole pod pea that carries a premium supermarket price. This pea climbs on a frame and will provide you with an overabundance of fruit.

Broad bean, another garden favorite, is often the first vegetable to harvest, and when picked young, this bean is tender and delicious. growing broad beans.

Although this in no way exhausts the legume fruit that you will find in your kitchen, this list does represent the most popular vegetable garden legumes.

Other legumes you could grow would be peanuts, lentils, chickpeas, haricot beans, Fagioli, and chili beans, but the legume fruits we also love are soybean, black beans, and pecan.

As you can see there is quite a variety of plants in the legume group, and although they are pretty much problem-free, there are a few insects and diseases to look out for (see below for more information).

All plants need a balance of nutrients which would usually be provided in the form of nitrogen, phosphates, and potassium.

Nitrogen is used in the production of chlorophyll, as well as cell structure, and as this group of vegetable plants has the unique ability to convert nitrogen in the atmosphere to nitrates stored in root nodes, there is no need to add nitrates to the soil.

Although there is no need to add nitrogen to the soil once the plant has stopped producing beans and peas, cut the leafy part at the base of the plant leaving the roots in the soil. These nitrate-rich root nodes will then rot down releasing their stored nitrogen into the soil. This is why the beans and peas are known as green manure.

Phosphorus helps in root development, flower formation, and seed production, it also helps legumes to produce more nitrogen-rich root storage. The bone meal is high in phosphates, but as it is slow to release it needs to be put in the trench before covering.

Potassium provides vigor and overall plant health. It also helps the plant to resist disease and drought. The wood ash is high in potassium and also helps to reduce the acidity of the soil.

In the spring, when the trench has sunk, build a bamboo frame, and in May plant the seedlings at the base.

Beans and peas are usually sown in the early spring, either in a propagator or under glass. Peas and broad beans are the first to be sown, while French beans, snow peas, and runner beans are own in late spring, as they are more sensitive and need to be protected from frost.

We grow on young seedlings in the greenhouse, hardening them off before planting them in their final position.

Seeds can also be sown direct, and many times direct sown beans will catch up to the ones you started indoors (we prefer to direct sow and skip the trouble of transplanting).

How to care for legumes

Generally, there is little to do in terms of adding nutrition to the plants once they have established, as these plants have the unusual ability to add nutrients to the soil.

But they do need plenty of water, so we use the bean trench method to grow legumes as it helps with water retention.

You will also need to water if the season is particularly dry.

This group follows the roots in our crop rotation plan, and because we add seaweed to the soil when we grow root vegetables, the seaweed acts as a tonic and increases the levels of nitrogen-fixing bacteria in the soil. These are then taken up by the roots of the legumes, helping the nitrogen-fixing ability of this plant group.

Bean and legume pests and diseases are not a major issue and you are unlikely to see many problems with your crop that are too difficult to deal with.

Blackfly is probably the most common pest, and these aphids can do a lot of damage if they are not dealt with.

Deal with this by spraying with a homemade soap spray with a touch of chili (add 5 tablespoons of liquid soap to a gallon of water and a sprinkle of chili to stop insects from chewing on your plants). Learn more about vegetable garden pest control.

Broad bean and legume varieties such as peas can also be eaten by pea and bean weevils, but this is not a serious problem. This bug eats the plant’s leaves and once the plant has reached a certain size, it can usually overcome any damage.

The pea moth can deposit an egg into the flower which will turn into a maggot that eats into the pea. To find out if you have pea moth, drop shelled peas into cold salty water and the maggot will float off.

If you have a particularly bad problem in your area you can buy a pea moth pheromone trap that traps the males and stops them from mating with the females, which ultimately stops them from laying eggs.

Chocolate spot and rust are fungal diseases that affect broad beans. The chocolate spot is recognizable by small reddish-brown spots on the leaves of the plant, appearing after cool dry periods, usually, in late spring, Rust looks like small dusty brown spots often with a yellowish border.

Sometimes these spots can grow and spread, and in the worse cases either cause the collapse of the plant stem, or the plant to lose leaves.

There is no control for these diseases, but they rarely do enough damage to cause much worry. Simply pick beans when young and avoid using the beans as seeds from an affected plant. Proper spacing may help stop the spread of each fungus, and it is good practice to destroy any affected plants at the end of the season.

Halo blight mainly affects the runner bean and legume varieties such as peas and French beans: broad beans are rarely affected. It is identified by leaf spots surrounded by a lighter colored halo, turning reddish-brown as the disease develops and finally releasing a white substance.

There is no cure for halo blight, but as it is a seed-borne disease, only buy seeds from a reputable supplier.

Hopefully, you now have a better idea about how to grow legumes. Plant some this year! 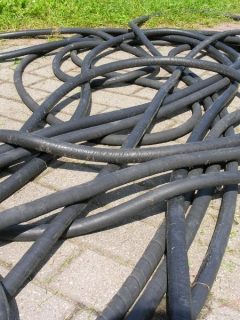 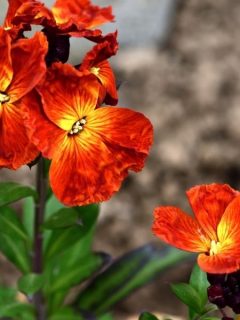 Next
16 Wonderful Flowers That Start With W
Click here to cancel reply.